VistaJet Expands Into the US

VistaJet, a global business aviation company, is expanding into the United States market, and has announced partnerships with two US-based companies. Jet Aviation will handle US operations while Wheels Up will handle US sales. 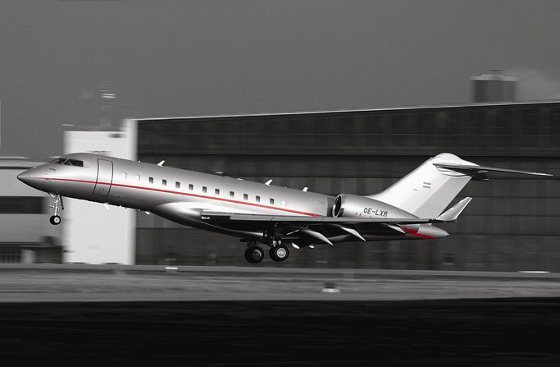 By expanding to the United States, VistaJet will truly be a global aviation company, and hopes to build brand loyalty and recognition with their customer base. According to Thomas Flohr, Founder and Chairman of VistaJet, "VistaJet offers global aircraft services unlike any other in business aviation. We take great pride in our heritage as an international company and for the past ten years, we've arranged for corporate leaders, entrepreneurs and private individuals to fly to over 135 countries worldwide. Expanding our program offering to include the new service operated by Jet Aviation within the United States now makes VistaJet the only truly global business aviation company. With this announcement, we are redefining the landscape of business aviation."

Jet Aviation, a fully-owned subsidiary of General Dynamics, will have full operational control of the US-based fleet, and VistaJet will be the agent. The first three aircraft will be in service starting March 2014, and the fleet is expected to grow to 12 new Bombardier global jets, joining the over 35 aircraft that VistaJet has in their worldwide fleet. The first aircraft will be based at Jet Aviation's flight services' Teterboro, NJ facility, although other aircraft may be located by other Jet Aviation US locations. Clients will be only charged for occupied hours, and the jets will fly from one destination to the next, minimizing empty flight legs.

Wheels Up, a membership-based private aviation company that was announced in August 2013, will be the exclusive sales agent for the US business. With this partnership, Wheels Up will gain access to both VistaJet's global presence, and the Bombardier large cabin business jet fleet.

"The US is by far the biggest market - that was the missing link in the Vistajet worldwide network," Flohr told the BBC.

This announcement comes on the heels of the $7.8bn order for up to 142 new Bombardier Global aircraft by VistaJet at the end of last year.