Global business aviation company VistaJet just took delivery of its 10th ultra-long-range Global 7500. This was the 100th 7500 delivered by Bombardier and means VistaJet now owns 10% of the world’s Global 7500 fleet. SherpaReport reviewed the 7500 with VistaJet and how they are being used by its customers.

The Bombardier Global 7500 is an ultra-long range (7,700 nm, 14,300 km, equivalent to 16-17 hours of flight time), four zone cabin business jet that is the flagship for both manufacturer Bombardier and operator VistaJet. 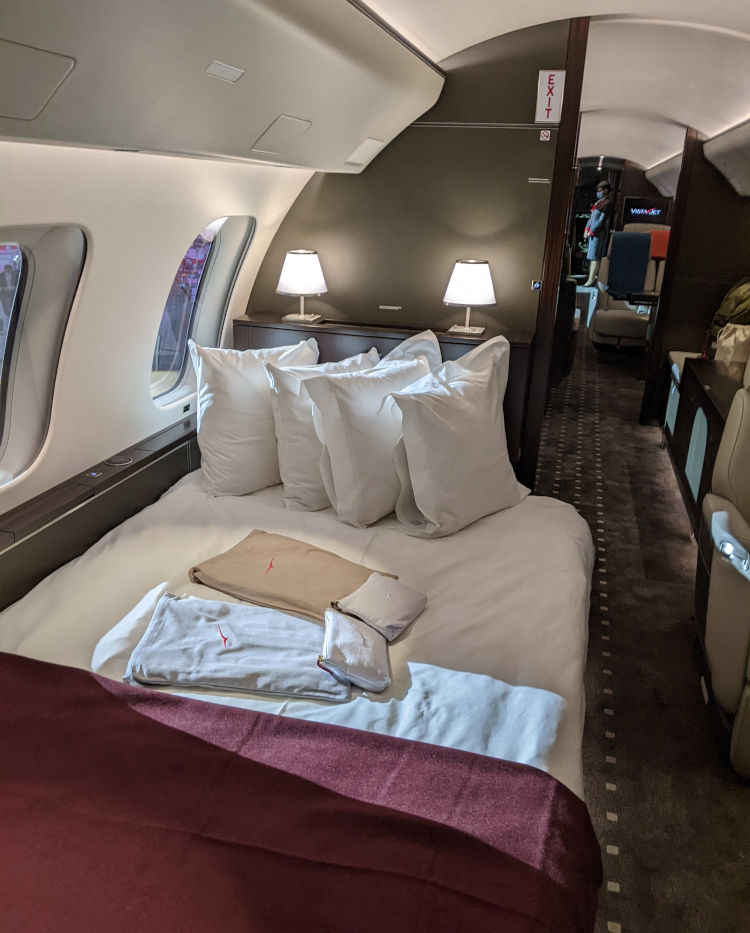 Bombardier and VistaJet celebrated their respective milestones with a handover ceremony held at Bombardier’s Laurent Beaudoin Completion Centre in Montréal. The celebration included a performance by singer Gabriella Laberge.

Thomas Flohr, VistaJet’s Founder and Chairman commented “We are extremely proud of this landmark moment with Bombardier, as we grow our Global 7500 fleet and meet the growing demand for ultra-long-range solutions.

Éric Martel, Bombardier’s President and Chief Executive Officer adds: “I am thrilled to celebrate the 100th delivery of the Global 7500 aircraft with our valued customer, VistaJet. VistaJet recognized early on that this aircraft would transform the business jet industry, and the enormous success of Bombardier’s Global 7500 in transforming the private aviation industry. I would like to thank our teams in Montréal, Toronto and Wichita for designing, building and testing this amazing feat of technology. It’s thanks to their talent and dedication that this aircraft has raised the bar for excellence in this sector.” 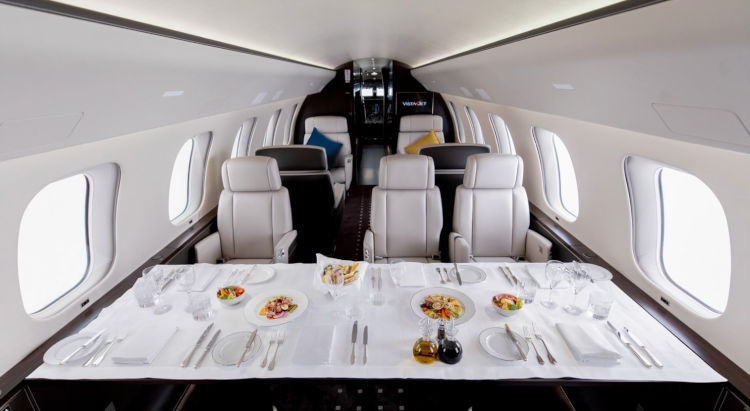 Thomas Flohr discussed the Global 7500 both during the presentation ceremony and then afterwards with SherpaReport. He covered its advantages, how it’s being used by customers and his own personal views on this ultra-long range jet.

Asked what he really liked about the aircraft, Thomas Flohr said “When you look at this airplane and what it can do, we’re finding that it really connects any points in the world non-stop. And the further you go the more space you need, because otherwise, eventually after 12 hours, 15 hours you feel crammed in. I think that extra bedroom, that stateroom for the owner where you can actually rest, sleep and get to your destination completely recovered and fresh and full of positive energy, this is what that aircraft does. It gives you positive energy to conduct your business at the end destination and be successful.”

In a classic summary he added “We look at these aircraft as time machines and the 7500 is the ultimate time machine in the world.”

On those longer flights, crew numbers and duty times also factor into the decisions. The 7500 can have either two crews, or an augmented crew (with a third pilot) and there’s a separate sleeping area for the crew. In addition there’s room for two flight attendants to provide full service during a long flight.

Thomas noted that most of the use for this plane is for business travel. “We have some Australian clients who go to London then go back, and don’t even fly commercial any more, and some Middle Eastern clients flying to New York every 2 or 3 weeks, literally shuttling back and forth, and it’s not an effort anymore,” said Thomas, adding ““It puts you into a different state of mind and makes you more productive.” 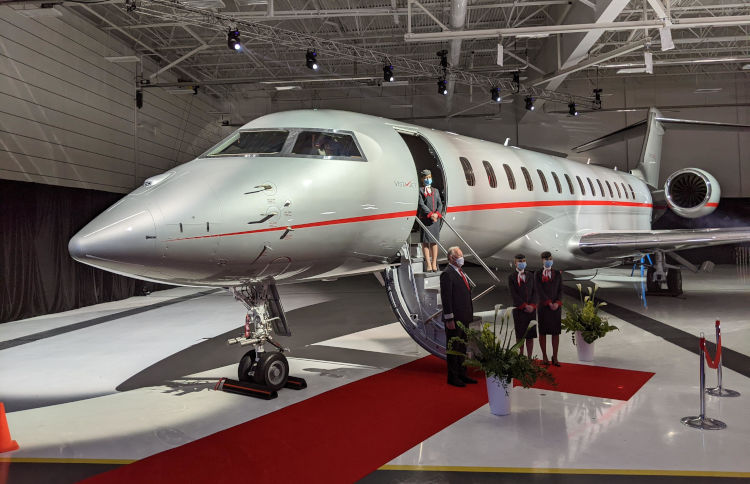 Talking about the choice between the 7500 and the other Globals in the VistaJet fleet - the 10-11 hour range Global 5000 and the 13 hour range Global 6000 - Thomas noted “I think the mental cut off is somewhere between 8 and 10 hours (of flight time), and then above that it’s really this airplane,” adding “the longer you fly the more space you need. You need some downtime, and this airplane gives you downtime.”

And with a bit more color continued “This is literally a whole step above everything else, that’s the feedback all my customers are giving me.”

His personal view “When I am going on long haul, I really want to be on it, because I arrive in better shape.”