Many second home markets have seen price drops of 20-40% over the last few years. Private residence clubs and luxury fractionals in these markets have reflected these overall real estate trends. In some cases the prices are down by over a hundred thousand dollars. Here are some examples in some sought after locations.

The new Four Seasons Resort and Residences Vail, opened last December, and features a 121-room resort, including a 14,000-plus sq. ft. full-service spa with 13 indoor/outdoor treatment rooms. The Four Seasons Residence Club Vail is part of the resort and includes 19 fractional residences sold in 1/12 deeded interests with annual usage throughout all seasons. Homeowners can choose from two, three and four-bedroom condominiums ranging in size from approximately 1,842 to 3,564 sq. ft. During development in 2008 and 2009, the residence club prices started at $405,900 for a share, but the current prices range from $303,000 to $534,000 for the residences within a private wing of the resort.

If you love skiing in Vail, you can now save 25% compared to the prices a few years ago.

The resort and community at Tuckers Point sits on 200 acres of waterfront property. Owners at Tucker's Point may enjoy all the privileges of the private club, including a championship golf course and clubhouse, lighted Har-Tru clay tennis courts, and a spectacular beach club with two swimming pools and seaside dining above Bermuda's largest private, pink-sand beach.

Bermuda is about 90 minutes from most U.S. East Coast cities and has an idyllic temperate climate ranging between 60-85°F. 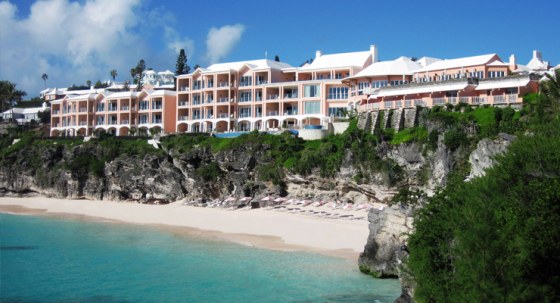 "Having completed construction of The Reefs Club in the midst of the recent economic recession, we are thrilled and encouraged at the recent sales success. It is a testament to the strengthening of the private residence club market and the peerless nature of The Reefs Club product," says Peter Kempf, president and CEO of marketing and sales consulting team Peter Kempf International.

The Phillips Club is in Lincoln Square on Manhattan's Upper West Side and makes the perfect pied-a-terre for frequent New York visitors - whether you visit for business or pleasure or both. As a Club owner, you receive a real estate deed conveying a one-eighth interest in your studio, one-, two-, or three-bedrooom residence. You also have use of the 140,000-sq-ft. Reebok Sports Club while in residence. To make owners feel at home, clothes and other personal items are stored in rolling closets that are placed in their unit before they arrive.

The club reduced prices by an average of 15% as the New York real estate market softened. According to the club they "negotiate a little more and offer more incentives thus the average price per unit in 2011 is approximately $191,000 (compared to $217,000 in 2008)". There are also several resales available through New York realtors. We've seen prices as low as $250,000 for a 1/8 share in a three bedroom residence, whereas back in 2007 these units were selling for $410,000.

At One Steamboat Place (pictured below), owners simply stroll a few steps to the gondola and carve first tracks down the mountain. The ski-in/ski-out enclave offers a wealth of five-star services and amenities, including an indulgent spa, fine and casual dining, fitness facilities, boutiques, pools and gathering spaces. The private residence club consists of luxuriously appointed three- and four-bedroom homes all supported by ski valets and a 24-hour concierge service.

This development agreed new terms with its lenders this year, which means it has lowered prices on both the 1/8 and 1/12 ownerships. The four bedroom, four bathroom residences are available in 1/8 shares starting from $330,000. Just last year the asking prices on these spacious homes were from $415,000 to $625,000. The three bedroom, three bathroom residences now start at $220,000 for a 1/12 share, but were priced as high as $370,000 when they were first introduced.

The owners at the Hyatt Siesta Key Residence Club have the whole of the Crescent beach as their personal backyard, and yet are just minutes away from Sarasota. The luxurious 1,800+ sq.ft. beachfront residences, include daily breakfast, spa and fitness facilities, pool and cabana club access. The club concierge will arrange grocery provisions, and unpack, press and hang wardrobe items prior to arrival.

Price drops are not happening everywhere. When we surveyed the prices at several developments in Tuscany, they had held up really well and had even increased over the last few years. Barrons reported earlier this year that prices were now beginning to stabilize and even rise in some second home markets. We'd expect the prices of the residence clubs in these markets to follow the same trend as whole ownership second homes.