Robb Report Best of the Best Destination Clubs for 2007

The June 2007 issue of the Robb Report includes their Best of the Best special issue that comes in at a pretty colossal 400 pages. The issue names 4 destination clubs as the Best of Best.

The top club is the Solstice Collection and the Robb Report attributes the company's success to its emphasis of quality over quantity with its collection of very unique and exceptional homes. The Robb Report quotes Graham Koss one of the co-founders of Solstice who says "Many of our members already own two homes. 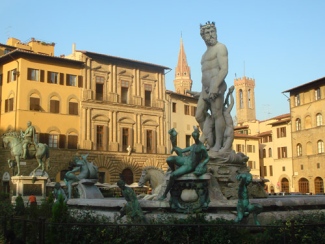 They join Solstice because they don't want to own another house. They want to experience a variety of luxury homes in interesting locations around the globe." Solstice certainly does have some stunning homes, with an average value of $6m. The picture to the right is their Florence home which is in a Michelangelo designed building, and here's a link to the other Solstice homes.

The comment from Graham Koss is something we've heard from several of the destination clubs. People who join the clubs would rather have the flexibility of many homes, and not have to worry about the responsibility and upkeep of owning their own vacation home.

The other clubs which rated a Best of the Best were Exclusive Resorts, Quintess and Private Escapes Pinnacle.

Exclusive Resorts, the largest destination club with about 2,700 members, opened its first mini resort community in Costa Rica earlier this year for the exclusive use of members. It tends to be a little different from the other clubs in that it has multiple residences in each of its destinations.

Quintess completed two mergers last year which more than doubled its size to over 330 members. Members have access to 55 homes in 28 locations, with an average value of $4m.

Private Escapes Pinnacle is a new club offering $3m homes. It was launched last year and complements its sister clubs Private Escapes Premiere, with $800,000 homes, and Private Escapes Platinum with $1.6m homes. Members in each of the clubs have some reciprocal rights to use the homes in the other clubs.

The Robb Report doesn't disclose the full criteria for its ratings or how it picked these clubs over any of the other 20+ destination clubs.