Destination club Quintess has entered a prepackaged chapter 11 bankruptcy which will convert its members into shareholders. It will also write off the member deposits which are due.

Quintess was founded in 2004, and aimed higher than other destination clubs by offering vacation homes in the $4m range. Members paid initial deposits, of several hundred thousand dollars (with the largest over $500,000), and also paid annual dues depending on the number of nights they wanted to travel with the club. These initial deposits were largely refundable if a member wanted to leave the club.

The overall idea was that Quintess would use the member deposits to help buy vacation homes for the club. Quintess also borrowed additional funds to pay for these homes. The owners and management of Quintess planned to make money on the appreciation in value of the clubs' homes.

Like most other destination clubs, the recession and downturn in 2007/2008 caused severe problems. With the high level of economic uncertainty, very few people wanted to commit to joining a club with six figure membership dues. This was especially true when these large deposits bought just membership and did not buy any form of ownership (or in legal terms members were just unsecured creditors).

Several of the other destination clubs filed for bankruptcy around this time, because members wanted to leave (due to their own changed financial positions) and the clubs didn't have the cash flow to maintain their portfolios of luxury vacation homes. 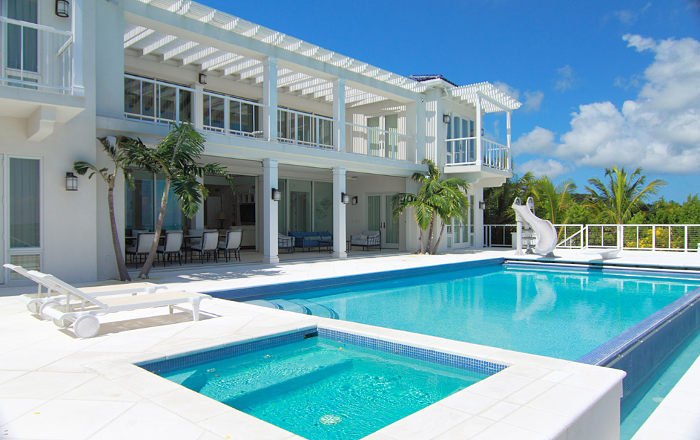 Quintess was one of the few clubs, with this large unsecured deposit model, that made it through. The club increased the annual dues, in order to cover the costs of both running the homes and providing the full travel services to members. In the intervening time it has also tried various plans to rejuvenate the club. In particular, for the last few years it has offered membership plans with (lower) non-refundable initiation fees. Back in 2012 these initiation fees were in the range $89,000 to $169,000, depending on how often a member wanted to travel and if they were wanted to travel over peak holidays. Then in 2013 they also introduced a card membership, with no initiation fee but a nightly rate of $2,000.

At the same time as all this was happening, real estate prices were falling and the value of the clubs' homes was dropping. The principal outside lender to Quintess asked for their roughly $150m back and the club sold off its real estate portfolio to repay these loans, with the last home sold in 2012. The homes were sold for less than they were purchased, so there are now no real estate assets left in the club. The club now leases all the homes used by members and has partnerships providing access to other homes.

Quintess still has over $120m of member deposits on its balance sheet, in other words it still owes members $120m for their refundable deposits. These refundable deposits are largely the reason the club has filed for a bankruptcy reorganization, since it has no way to repay them.

So earlier this summer the club sent out notices to all its creditors, including members with deposits. Of those who replied, 88% were in favor of a proposed restructuring. The clubs plan is to write off all these refundable deposits and give those members shares in the club. If the restructuring goes through, members will own approximately 46% of the club. This restructured club will include Time and Place, the vacation home rental company that was acquired in 2013. The restructuring is currently working its way through the Colorado bankruptcy court. In the meantime, Quintess has reduced its membership fee for new members to $50,000, with annual dues at $1,675 per day.

The destination club and residence fund sector has certainly changed a lot over the last 15 years. At its peak about 10 years ago there were dozens of clubs, most of which had a similar structure to Quintess, and so asked for large, upfront (unsecured) member deposits and annual dues. Today the sector has changed. The clubs and funds that operate and are growing either have much smaller upfront initiation fees, or where the initial funds are still in the six figure range, members are also investors and shareholders and have an equity interest in the real estate.