Destination clubs provide their members with access to multiple luxury vacation homes, located all over the world. The homes are typically multi-million dollar residences, and are sited in major cities, at beaches, in mountains and leisure locations.

Membership of the clubs is an alternative to buying a second home. The clubs are sometimes also compared to, or even mixed up with, private residence clubs, but there are several key differences between the two.

If you're just starting out learning about the clubs read the overview and the glossary. Then you can start to compare them in the comparison table. One way to financially compare them is using a cost per night calculation and we've provided downloadable spreadsheets for these calculations.

And for a real in-depth look at the clubs, their homes and services, comparisons to alternatives and questions to consider before joining, download our Guide for Prospective Members.

The map shows some of the main destinations where the clubs have homes. Click on the markers to see the actual homes.

The latest news and research on the clubs is included below.

Reciprocal partnerships between destination clubs are becoming the norm. Exclusive Resorts has recently formed more of these relationships than other clubs. The latest partnership between Ritz-Carlton Destination Club and Exclusive provides additional vacation locations for members of both clubs.

Since its launch in 2007, the Luxus Premiere Collection has grown to over 200 members who own and use 30 luxurious vacation homes. The fund plans to add one more home before closing to new investors.

An Interview With Peter Schwartz of Demeure

Peter is the CEO and founder of Demeure, which offers a large and growing portfolio of luxurious properties in the world's top destinations. As with other clubs, members receive dedicated help from a Private Assistant and on-the-ground support from award-winning professional hosts.

The new Club Card lets travelers experience The Quintess Collection's private luxury residences and bespoke vacations without having to commit to a long-term membership. Card holders have access to the entire portfolio of more than 170 exceptional homes and experiences in 60 worldwide destinations.

The vacation home fund recently added a home to its Fund I portfolio. This home is already available for the use of the owner/members in the fund.

The luxury vacation club has just announced that its new brand name will be "Inspirato with American Express." The club is still available to all consumers but there are special offers and benefits to American Express Cardmembers.

The two luxury destination clubs are mutually opening some of their homes to members of the others club. This partnership will provide members of both clubs access to an even wider collection of luxury residences around the world.

Top 5 Reasons NOT to Join a Destination Club 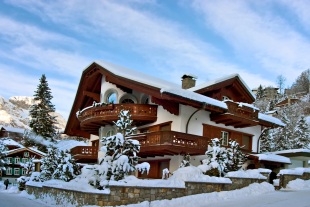 There are plenty of good reasons to join a destination club, but the clubs are not for everyone. Here's a run-down of the top reasons a destination club or vacation residence fund membership may not be right for you and your family.

The Calgary based, equity destination club, has just announced its 2013 annual fee levels, which marks the 3rd year in a row of lowered dues.