Luxury destination club Quintess announced a new round of $210m of equity funding. We spoke to Ben Addoms, Quintess founder, to find out how the club would use these new funds.

Ben started out by saying that these new funds were different to the $125m that the club raised last year. This $125m is specifically for new club homes built from the ground up. For instance Quintess is using this for its first enclave at Palmilla in Los Cabos and for the recently announced Molasses Reef in the Turks and Caicos. There are at least 2 more developments that are in the pipeline. 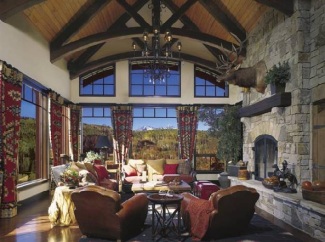 The newly announced $210m is equity and can be used for a variety of purposes including new businesses, corporate mergers and acquisitions, and for real estate development projects. The investor who supplied these funds has been a member of Quintess for about a year and is also on the Forbes 400 list.

Some of the near term areas Quintess are exploring include bringing on a second home in Tuscany, a second drive-to property in southern CA, and another mountain home in Lake Tahoe.  Ben also mentioned that Quintess has had a European Club on the drawing board for 6 months and so the club can complete this review and assessment. If they move forward with this European venture the current plan would allow some level of exchange and reciprocity between the North American and European clubs.

This additional investment certainly puts Quintess on a very strong financial footing, and gives them some great resources to acquire homes in the current economic climate.