A new membership plan, from boutique destination club Lusso, will offer 21 days of usage per year.

The club had previously offered a limited number of "group" and "corporate" membership plans, but is now consolidating these into the new 21 day plan. The number of new plans will be limited to 50 memberships in the same way as the prior group plans were limited.

This change means that Lusso now only has two membership plans overall, which offer the following features:

** Number on the calendar at any one time

Lusso told us that many prospective members had said they would join the club if there was an additional option beyond the unlimited membership. This new plan provides a way for members to try out the club, or is useful for members who have lower amounts of vacation time that they want to spend with the club. 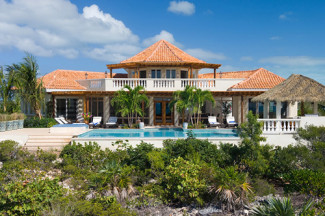 Lusso intends to count the Lusso 21 members as full members and will keep its member to home ratio at 5.5:1. More importantly its occupancy rate (the amount of time the homes were occupied by members) was just 53% in 2007, and is on track to meet the clubs planned 55% occupancy for 2008.

The club is certainly rather unique in th small number of membership plans it offers. Most of the destination clubs offer a wider selection of memberships and if anything have increased the number of selections. The Lusso view is that their structure puts all the members on an equal footing.