An Interview with Jeff Scult, Founder and Managing Director at Solstice

After the recent management changes at Solstice, we caught up with Jeff Scult to talk through the clubs future plans and direction.

Over coffee in the lobby of the Trump Hotel in Miami - the location for last weeks Destination Club and Private Residence Club Symposium - Jeff outlined the clubs home strategy and talked a little about the new investors.

Jeff, along with partner Graham Kos, were the founders of Solstice. The club merged with Parallel destination club in 2006 to create one of the leading ultra luxury destination clubs. Just last month the Parallel founders left their management positions in the club, and Graham and Jeff brought in new investors. 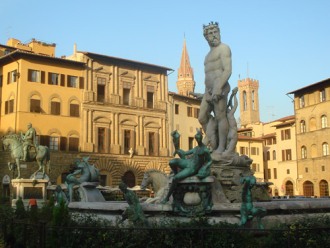 The destination club sector is certainly attracting its share of wealthy investors. While the new investors want to remain somewhat anonymous, Jeff informed us that they were "ex Goldman Sachs bankers, with current energy business interests and had personal assets in the billions". One of them has their own substantial portfolio of homes around the world, including a 16 bedroom castle in Switzerland.

More importantly they "get the Solstice vision", of building a collection of unique, artisanal homes in some of the worlds most coveted locations.

The club is now structured with a 3 person board of Graham, Jeff, and the investors.

Jeff describes Solstice as having a one word property strategy - "Wow".

Members of the club walk into any one of unique homes and simply say "Wow". Each of the homes is defined by their accents & textures. According to Jeff, the thread that binds the members, is this appreciation of the nuance and quality of each residence. The members have an expectation that the homes are at least on a par with their own homes, and the club searches out exceptional residences and then artfully styles and decorates them with an understated elegance.

With the increasingly global nature of the club, Jeff is expecting at least half of the members will come from outside the US. As an example of this Jeff mentioned the clubs new home in Itacare, Brazil. While this exclusive development has just 18 homes, all but one of the homes were sold to British nationals who have an 11 hour flight from London to Brazil.

Solstice plans to maintain its boutique structure and has no plans to grow to the large number of homes that many of other destination clubs have. If a potential member is looking for a large home portfolio then Solstice will often recommend that they research one of the other clubs. The Solstice philosophy, in the words of Graham Kos is summarized as "excellence is not scalable".