Speaking to an audience of industry professionals yesterday, Jeff Potter, CEO of Exclusive Resorts, shared information on how the club is doing. 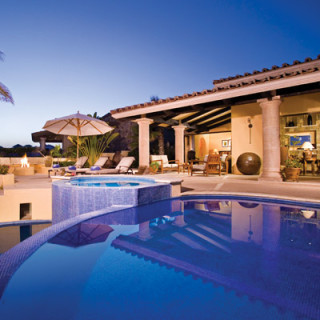 Exclusive Cabo San Lucas Home
With the current economy all the destination clubs have seen an increase in the number of members who want to resign. Jeff commented that members of Exclusive have been resigning due to their personal financial situation, or due to life changes and due to general concerns about the economy. The overall number of members on the resignation list is under 4% and this total peaked in November but has declined every month since then. At the same time the clubs surveys show a satisfaction rate of over 95% amongst the members.

In referring to some of the issues that other clubs have experienced Jeff noted Its a young, yet to mature industry and when competitors have hard times sometimes its guilt by association and he continued but overall the concept works and its an incredible way to vacation. He also made sure to point out that Exclusive Resorts owns over $1 billion of real estate, bought at below market peaks.

All clubs have seen slower sales with many potential members deferring the decision to join, until they have a clearer financial view, but Jeff stated that the club has continued to sell new memberships. He also said that the clubs new trial program known as their Sponsored Guest Program had been extremely successful with the majority of new members in January and February having come through this program.

Jeff made all these comments on a panel at the annual Ragatz Associates conference.