Destination clubs - What has the industry learned ?

Transparency ..... this was the big message coming out of a panel at the IMN Destination Club & Private Residence Club Industry symposium in Orlando yesterday. A number of CEOs, Founders and Presidents of destination clubs all reiterated the transparency theme. 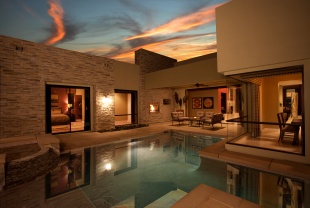 The luxury homes: while this is one of the most obvious areas that a prospective member is interested in, the executives still commented on letting prospective members know all about where the homes are, the size and the amenities of each of the clubs homes. In addition they thought clubs should let people know which homes are open now and which ones will open over the next 6 months and over the next year.

Reservations and availability: allowing prospective members to see which houses are available on which dates and for which periods. Ben Addoms commented that members joining Quintess typically have 2 to 3 home reservations set up as they are joining, so that a new member is immediately assured about their first few vacations.

Management team background: making their bios available and letting prospective members know which businesses they have been involved in before and what makes them qualified to run their club.

Membership terms: several panelists commented on keeping the terms consistent within a membership plan and not "making deals" with members as part of their membership agreement. The clubs have clearly learnt that if one member gets a better deal on joining, then other members will soon find out and this can cause a lot of friction between the club and its members. A better deal can include both financial terms or preferential reservation terms. For instance, while a lot of members may want the ski house over the Christmas, the clubs have to have a fair and consistent reservation procedures to make sure all members have equal access.

Financial assurances: the clubs have implemented various ways of assuring members about the security of their membership deposits. This includes annual independent audits, circulating financial reports to members and legal structures that guarantee asset backing for the deposit.

Overall the clubs on this panel have learned that they need to be very transparent with their members. If you're looking at joining a destination club, the above topics are great pointers for the sorts of questions to ask, to assess the transparency of the clubs you're interested in.