New Homes in Hawaii and Napa Valley for Solstice 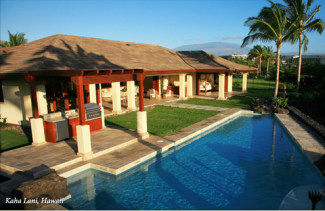 The four-bedroom home is on the South Kohala Coast on the Big Island of Hawaii, and will be ready for Member occupancy from August 1, 2008. The oceanfront master bedroom has views of the AnaehoOmalu Bay, and overall the residence opens to an ocean side pool complete with fire columns, a waterfall spa and a great room that changes into a large, covered lanai. A private gate from the property opens to the white sand beach beyond.

Solstice have had a home in Napa for many years, but have been building a new home from 300 tons of hand-carved stones that were disassembled from a 150 year-old Pony Express fort in Texas. This new home, called Indian Gap, is comprised of a 2,500 square foot Great House and three 1,000 square-foot stand-alone master suites. It is located right next to the Staglin, Nickel & Nickel and Cakebread wineries.

For a while, with Ciel and Yellowstone putting the brakes on their own growth, Solstice had the top end of the destination club sector all to itself. Recently the opening of Botiga and Everlands have provided more choice amongst ultra luxury clubs. Solstice is still the leader in terms of number of homes and number of members amongst this small elite group.