Private Escapes just announced Coach George Karl of the Denver Nuggets as the newest member of Private Escapes Platinum Destination Club. According to the press release, Karl joined the growing destination club with his family to enjoy the attractive size of the homes, and the ability to share with business partners, other team coaches and family members. 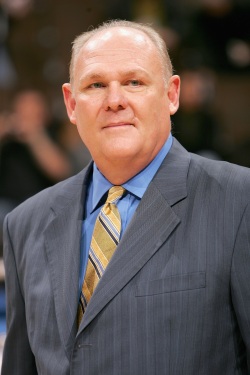 Well-known as the twelfth winningest coach in NBA history, Karl has coached the Nuggets since 2005, and is the fifth coach in NBA history to lead at least three different teams to division titles. Prior to his time with the Denver Nuggets, Karl served as head coach for the Cleveland Cavaliers, Golden State Warriors, Seattle Supersonics and Milwaukee Bucks.

"Private Escapes is the perfect travel option for my lifestyle; the homes' size and decor is beyond impressive and the escape planners make each trip flawlessly ideal," said Karl. "Private Escapes is a recognized leader in customer service, member satisfaction and planning and has proven successful in delivering quality vacations tailored to member needs. I look forward to working with the escape planners and the entire Private Escapes' team to continue their remarkable levels of success."

Karl is a member the Corporate/Extended Family Membership as part of the Private Escapes Platinum level. Members of the Platinum Corporate/Extended Family Membership have access to 40 nights in residences based on availability in more than twenty locations worldwide including Grace Bay in Turks & Caicos; Telluride, Colorado; Punta Cana, Dominican Republic; Abaco Island, The Bahamas; Reynolds Plantation, Georgia; and Lake Las Vegas, Nevada. These residences have 3-5 bedrooms and an average value of $1.5m.

"Karl's decision to join Private Escapes offers powerful testimony to the value our company presents compared to others in the industry. Private Escapes has grown into one of the top destination clubs and is proud to deliver high caliber access to our members," said Richard Keith, president of Private Escapes. "Private Escapes' corporate membership was an excellent fit for Coach Karl. He has already visited Telluride, Colorado with his family and friends prior to the season opener and was amazed with the homes' prime location, superior concierge and excellent level of service."


The combining Ultimate Resort/Private Escapes is developing a track record of having top NBA coaches as members. Doc Rives of the Boston Celtics is a member of Ultimate Resort. Private Escapes also numbers Hall of Fame quarterback Steve Young amongst its members, and most of the destination clubs have some famous members.