Demeure has been selected as the successful bidder for a bulk lot in the bankruptcy estate of Ultimate Escapes, the second largest destination club. SherpaReport talked to Peter Schwartz, Chairman and CEO of Demeure, about his plans for the club.

Peter has been planning and building Demeure for about 3 years and we’ve covered the evolution of the club in earlier articles. Prior to founding the club he also ran a very successful software company, Descartes Systems Group, and has founded a merchant bank and property development company, Lawrence Development. 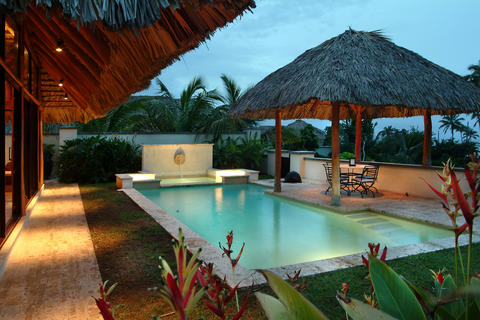 To be considered a qualified bidder, Demeure needed to meet significant financial requirements. The financial review of Demeure included an analysis of the club's financial model to insure it has sufficient working capital to deliver the experience Ultimate Escapes members have come to expect, as well as to provide all of the unique benefits Demeure has to offer. “CapitalSource, the main creditor in the bankruptcy, did extensive due diligence on us” said Peter.

"Our goal is to move the membership and portfolio to a safe and secure financial footing as soon as possible," said Peter in a press release today. "Our plan addresses concerns that members have shared around stability, flexibility, transparency and fairness in how a club operates and treats its members. We'll begin contacting Ultimate Escapes members immediately."

It does take a little while to get your arms around Demeure, since it combines a couple of aspects of luxury travel. The company has some homes that are available for public rentals, and then has some homes that are only available for members of the club. These club homes are normally contributed by members who own the homes. Club members get a discount of up to 50% on the normal rental rates. Peter noted that next week the clubs website will show both the retail rates and the member rates for all the homes.

Groups of Demeure members can also self organize into chapters (discussed in this earlier article on Demeure). These members then have access to each others homes within their chapter and can choose how much to open up their chapters homes to other members of the club.

Peter cut his teeth building Descartes, a software company which optimized and managed logistics capacity. He brings this same thinking to the luxury travel and hospitality sector, so he talks in terms of nights that are available to members. The homes that Demeure members will have access to through this Ultimate Escapes deal will provide 21,500 nights a year. Demeure also has a further 130,000 nights at well over 300 properties throughout the world.

Each residence within the portfolio has its own rate charge, and members can choose from the full selection to suit their individual travel plans for that trip. There are no club tiers as there were at Ultimate Escapes.

Demeure is inviting all the Ultimate Escapes members to join Demeure. Ultimate members who lost their travel credits in 2010, due to the bankruptcy, will have this applied to their new account in Demeure. Members will all have a 2 year window to book ahead when making their reservations. The annual dues in the new club will be 15% higher than in Ultimate Escapes and Peter stated that he’s looking to get about 60% of the membership to join in order to cover the costs of the homes. There are no joining fees.

Of the roughly 150,000 nights that Demeure has available across its portfolio, about 30,000 of them offer discounts to club members, with the homes from Ultimate Escapes making up the bulk of this discounted group. The discounts range from at least 20% to 50% from the retail rental rate.

Demeure is planning to hold a webinar next week and will be sending out lots of information to the Ultimate members.

Peter thought some of the Ultimate Escapes members may self organize in groups and buy some of the homes, then put the spare capacity into the club. Essentially giving them a real estate play in the houses they own and yet having access to 300+ homes around the world.

Demeure's plan restarts member access to many of the same residences Ultimate Escape's members previously had through their prior membership. "We believe this is a very good result for all constituencies. We are pleased to provide a home for members of Ultimate Escapes in Demeure that will enable them to begin traveling again very soon," commented Sheon Karol, Ultimate Escapes' Chief Restructuring Officer.