An Interview with Ben Addoms of Quintess LRW

SherpaReport recently spoke to Ben Addoms, Founder and Executive Vice President, of Quintess about the destination clubs growth, its new home developments and results from the recent member survey. 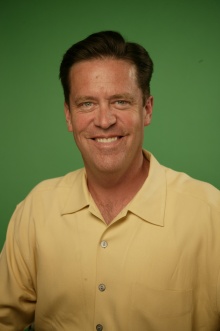 In September of this year Quintess announced that it was developing its own enclave in Los Cabos, this was the first project after announcing $125m in financing earlier in the year.

Ben (pictured right) told us that the clubs (8) current Cabo homes were booked 80% of the time and closer to 100% at peak times - so despite having several homes in the area the club knew it needed to have more.

The new homes have been designed based on the members feedback & preferences, so for instance, all the (four) bedrooms are on one floor and there are two master wings to each home.

According to Ben, Quintess is planning to announce 2 or 3 similar scale developments over the next few months. And is actively looking at 6-8 developments, with over half of them at Leading Hotels of the World (LHW) locations. Ben expects these new "enclaves" to be in the 8 to 20 homes range. (LHW is a key Quintess partner, and Quintess merged with Leading Residences of the World at the end of 2006).

Several resort developers have started to approach Quintess, since they now know the clubs scale of activities. This gives Quintess the opportunity to get in early on a resort development and build the sort of homes that its member would like. Building in a resort (like the Palmilla at Los Cabos) also allows the club to take advantage of the great service and amenities infrastructure that the resort has to offer.

The challenge for Quintess, and for other clubs with a similar model of building several homes in one location, is that in some cases the high end resorts may not have that much space, and in some places, such as Aspen, there just isn't any space for major developments.

(As a general note; destination club homes in resort locations usually offer access to the resort amenities, this can include golf, spa, tennis etc - these are often at discounted rates, normally available only to full time residents or owners)

Ben noted that on average the club hosts over 6 people on each trip that members take. Once you split this across city locations (which are typically smaller properties) and resort locations, the number for resorts goes up to an average of almost 8 people per home. This is consistent with a prime ethos of destination clubs - that they are very much aimed at a member traveling (and hosting) friends and family.

The results from the clubs member survey (more below) showed some detail on these numbers. 97% of members said that either family or friends had joined them on vacation and 90% had traveled on club trips with either kids or grandkids. 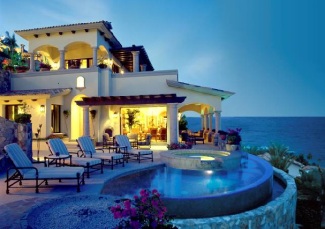 Like many of the destination clubs, Quintess gathers a lot of feedback from members to make sure it is meeting their expectation and also to guide the clubs future direction. For Quintess this feedback comes from an annual members survey, plus input from the clubs travel advisors who talk to members on the phone, plus input from the destination hosts while members are staying at a home.

This years survey, carried out by Harris Interactive, took around 30 minutes for members to complete and so gave the club an exhaustive view. Even though it was a long survey, 45% of the members completed it, which to us shows the high level of interest that members have in directing their club.

The survey revealed that half of the members rated Las Cabos and Napa as one of the top 5 most important current destinations, followed by New York, Maui, and Florence, Italy. Interestingly, and not surprisingly, there is a "domestic East vs West" orientation such that:
- Westerners often indicate greater preference for destinations in the West (the exception is New York City)
- Easterners prefer the East (exceptions are Vail and Jackson Hole)
- Central members are more like Easterners
- Non-US members like non-US destinations

The survey also showed that Pinehurst NC was the least important current location and the club has already removed this home from its portfolio.

Among potential new destinations, Tuscany is rated as the most important by members, followed by Carmel, a Yacht in the Mediterranean, the Amalfi Coast, and a Sailing Vessel (on the US East Coast). Italy also came high in the popularity vote in member surveys that we've reported on from both LUSSO and BelleHavens.

The club plans its future home locations using responses from (i) "which of the current destinations are most important?", and combines this with (ii) its data on home utilization and also (iii) looks at members answers to where would you like to go. So for instance the increased number of homes in Cabo was driven by both occupancy rates (as mentioned above) and also members comments on where they liked to go.

The survey also covered details about the homes themselves including items like:
- audio visual , where members said that the in home AV systems were too high end but they like a larger emphasis on building the movie collections at each home.
- beds, the club has luxury Duxiana beds in every home and members like the quality and consistency. (great to know you'll always get a good nights sleep on vacation)


Finally, I asked Ben about the clubs plan to cap its membership and he confirmed that they still plan to cap membership at 800 full memberships. It's taken 3 years for Quintess to get over half way to this number, but the pace of members joining is accelerating, so it looks like it will be less than 3 years until the club reaches its maximum.