In its most recent newsletter to members the equity destination club looked forward to several firsts this year. SherpaReport caught up with Jarvis Slade, President of the club, to discuss these initial events.

The club was formed last year when A&K acquired two established destination clubs, BelleHavens and Crescendo. So one thing the club is looking forward to is its first anniversary milestone.

Prior to its first birthday, the club is also holding its first annual member meeting, which is scheduled for April 28th in Chicago. The club had originally thought about holding this in the Turks and Caicos, but felt more members could attend in person with the meeting in the Chicago area where A&K is headquartered. Jarvis noted that this will also mean members can meet all the leadership team and their "global experience managers". For those who can't attend in person there will be a dial in number for the conference call. 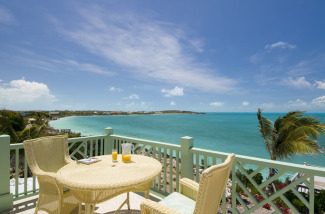 At the meeting Geoffrey Kent, founder of Abercrombie & Kent, and Jarvis plan to walk through the club strategy, growth, property management and financials, including the operating costs of the homes. As part of the open discussion the club is looking for input and suggestions from members. Jarvis gave an example of a potential option "if the members wanted an extra pool heater in all of the pools at club homes, then its very straightforward to show what the cost of that would be".

Members of the club will also be voting to elect the first two of their number to the clubs board. Any members can put their name forward as a candidate for the board positions and the overall membership will vote at the annual meeting in April. The board plans to meet quarterly, with three of the meetings by conference call and one in person.

The A&K Residence Club is preparing its first annual report which will be sent to members prior to the annual meeting. This will also include the financials which are being audited by KPMG.


In the current environment with several destination clubs facing various issues Jarvis was keen to point out "The whole beauty of our equity model and no debt is becoming apparent." In his year end letter to members he stated "We are not dramatically raising dues this year as we have adequately budgeted for what we need including a robust member services department."

Towards the end of last year A&K Residence Club announced a deferred funding program for members of other clubs who wanted to join A&K. "That option has been a successful one, with liquidity being an issue in the current markets it is a nice customer friendly option" said Jarvis.

A&K certainly launched their new club into an "interesting" marketplace but they are weathering the storm better than many of their counterparts.