The newly formed destination club has just joined the Destination Club Association - the trade group that sets best practices - but at the same time Abercrombie & Kent's flawed former business decisions are still around to haunt it. 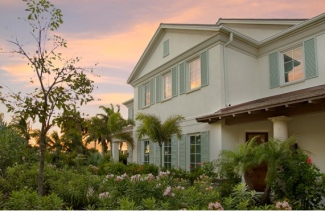 The Destination Club Association (DCA) creates standards and ensures fair and ethical practices amongst its member organizations, whilst also promoting the long-term growth of the destination club industry. It has issued a set of best practices and also a "Code of Responsible Business Conduct" for its member clubs to abide by.

Jarvis Slade, the President of A&K Residence Club, was appointed to the board of the DCA at the Association's meeting held this week in Miami during the Destination Club and Private Residence Club Industry Symposium.

At SherpaReport we view membership of the DCA as a strong sign for a club. The DCA is self regulating, and member clubs have to abide by:

Member clubs are also prohibited from misrepresenting the membership benefits, the homes and availability.

At the same time as the new A&K Residence Club was taking positive steps in the right direction, the ghost of its past was still haunting it this week. Abercrombie & Kent had licensed its name to an earlier destination club, which subsequently filed for bankruptcy. The bankruptcy, in 2006, came about a year after A&K had terminated its licensing deal, so A&K has been trying to dismiss the claims brought by these old members. But this week a judge in Los Angeles said the claims can go forwards.