Yacht Co-Ownership With SeaNet in Europe

It is surprising, yet not surprising, that yacht co-ownership in Europe is seen to be growing, aided by the popularity of SeaNet fractional yachts. Europe was where the fractional idea was created, back in the 1970s. The first shared residence idea, was founded there. Since then, many UHNW lifestyle areas – residences, airplanes, clothing, came to see this idea as a benchmark of the sharing economy.

But yacht co-ownership is relatively new. Six years ago, SeaNet Europe developed a fractional program, steered by those at the helm who knew both viscerally and cognitively about the joys and challenges of owning and co-owning yachts.

In SeaNet’s case, their fractional yachts are exceptional Italian Azimut|Benetti’s – and combine the soul of yacht ownership with grounded fiscal understanding – as co-owners may save up to 75% of the initial capital outlay and annual running costs of a yacht through the SeaNet co-ownership model. Each yacht share represents equal value. And the percentage that the co-owner holds guarantees a fixed number of days on their yacht each year. And finally, co-owners may sell their yacht’s title registration at any time, just like whole ownership. 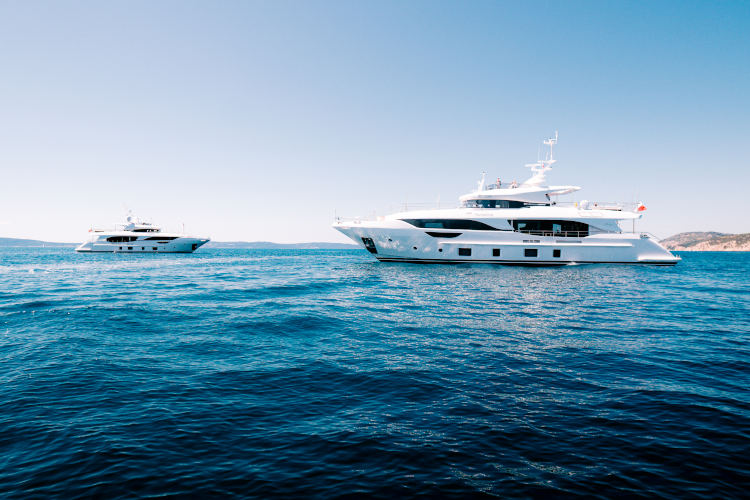 Right now, there are multiple co-owned yachts on the SeaNet website, with many sizes and brands from which to choose, although the Azimut|Benetti brand is the most popular. From the 27 meter, 8 cabin, Azimut Grande, to the 37 meter, five cabin, Benetti Motopanfilo, the yacht that pays stylistic homage to the yachts of the 1960s, to the Benetti Bnow, the 50-meter yacht, with again, five cabins, there are almost as many yachts as there are differing yacht tastes that can be co-owned. And a new Benetti will be put into SeaNet service, midyear 2023.

Matty Zadnikar, SeaNet Europe's Founder and CEO, knows much about such joys and challenges, as he himself is both a yacht owner, and a fractional owner of other yachts. By his own admission he is a serial entrepreneur, whose focus now is helping other potential yacht owners learn more about the SeaNet fractional option, based on his knowledge of both fractional and whole ownership.

SherpaReport: Yacht co-ownership, as had been said before, is not timeshare: the consumer does not buy TIME, but he or she buys a portion of the yacht, with time to use. When this idea introduced on SeaNet, and how popular is this method among yacht owners, and yacht charterers now?

Mr. Zadnikar: Buying a yacht is an emotional decision - and sometimes the most unreasoned one also, because when buying a 10-50 million dollar yacht, it can lose much of its value - 40-50% over time, often just that much in the first year. Also, when you buy the yacht, the management costs are often 10% of its value. And, surprisingly, after the yacht is purchased, the yacht is sometimes used only 4-5 weeks a year, due to the active life of the owner. Thus, co-ownership defines the best type of value in use. Instead of just burning money – which is what many yachts owners unfortunately do - through co-ownership they acquire the yacht for far less money. SeaNet co-ownership is not an add-on. It is a reasoned alternative, helping those who want a yacht to have one. The co-owner sweet spots, by the way, go from ¼ where there are four owners, to 33% where there are three owners. There are even 50% owners. 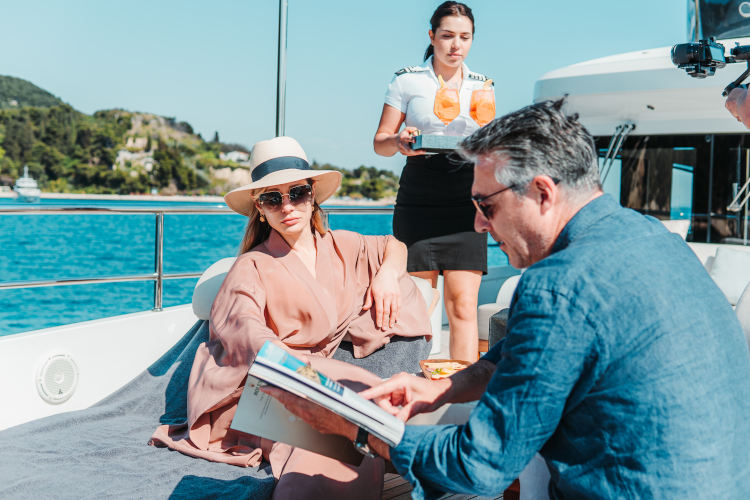 SherpaReport: The hospitality component of yacht-co-ownership is extremely important – yet, before the yacht-co-owner comes to enjoy the yachting experience, what responsibilities do the hospitality hosts and hostesses have in making the guest most comfortable? How does the yacht crew come to know the guests, their likes, and dislikes?

Mr. Breuls: Service provision is a crucial element, as a co-owned yacht must be seen as BOTH a floating villa and a small company. As regards a floating villa, it is the co-owner’s home away from home. It is the hospitality team’s responsibility to make the co-owners feel as much at home as they do in their personal residence.

But a yacht is a small company also comprising of the captain, hospitality services, engineers that work on yacht maintenance. All provide services as a SeaNet yacht demands much attention. A great yacht management team optimizes costs, and make the co-owners feel they are home – because a yacht, in addition to it being a small company, is also a floating villa.

As such, this allows you as the co-owner to feel at home, relaxed in a cocoon of privacy. The yacht is a fully personalized place – some co-owners want their own golf trophies, some want their favorite liquors, all want pre-arrival groceries to be put in the refrigerators, and other personal choices of linen, bone China, and all else create the personalized guest milieu. The hospitality manager makes sure these important details are understood and implemented before the guest steps on the yacht. The responsibilities of our hospitality team begin from the moment the yacht owners leave their personal residence, to the time they return. 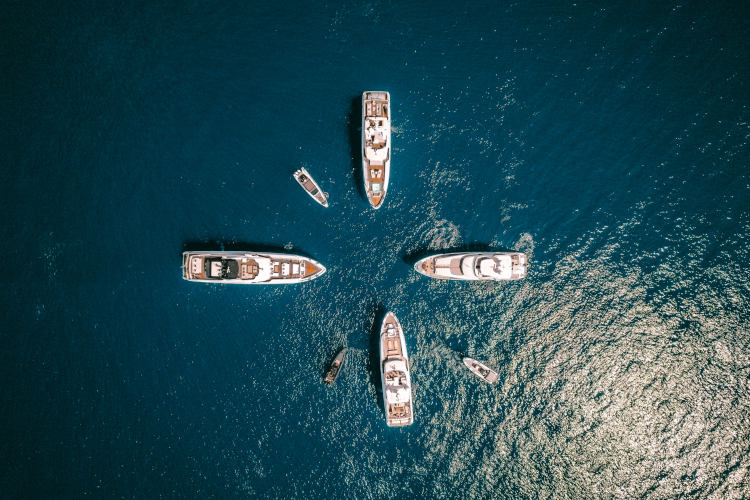 SherpaReport: What is it about Benetti yachts that you feel is superior in workmanship and soul, from other yacht building companies?

Mr. Zadnikar: Benetti yachts – the group SeaNet buys from, defines legacy to us. They have been in the business of building yachts since 1873, and right now have approximately two billion Euros worth of orders they are working to fulfill. We now have five Benetti yachts that are co-owned, and one yacht in process that will be ready next year in June.

As you may see on our website that highlights our co-owned yachts, we have many to choose from.

SherpaReport: Please discuss SeaNet Yacht Matchmaking, and how the need for co-owner privacy plays into this.

Mr. Breuls: This is a very important part of the SeaNet commitment to the privacy of our clients. We find great co-owners that match with the yacht’s amenities. We also have a strict NDA signed by the co-owners, explicating the need for all communications to go through SeaNet, and for them to have no communication with the other co-owners. As our yacht investors in co-ownership have told us, more than once, they are NOT interested in knowing the other owners. As one said, “We are not interested in making new friends. We are interested in being with family and friends, enjoying the yachting life.”