Wheels Up Vision for a Private Aviation Marketplace

Over the last few months, Wheels Up executives have been presenting and discussing plans for their vision to create a “Marketplace” for private aviation. SherpaReport sat in on the presentations and talked to company executives. It’s a bold vision, and to some extent the latest results from the company show progress towards the goal.

Private aviation company Wheels Up has been growing very rapidly over the last few years, with growth fueled by acquisitions. Then this summer it went public via a SPAC listing. Combined, this is providing a lot of insights into the company plans to create a “Marketplace” for private aviation.

The company has also hired several new senior executives over the last year in preparation for its growth, going public and to build out the marketplace.

Vinayak Hegde was hired as Chief Marketplace Officer (CMO) earlier this year and has already been promoted to President. Previously, Hegde was CMO of Airbnb for the company's Global Homes business and the Head of Growth for all of Airbnb, he was also Global CMO at Groupon and was at Amazon for 12 years as General Manager of several business divisions. So overall he has a strong background in marketplace driven operations.

“Hegde's team will build and manage the world's largest platform of safety-vetted and verified private aircraft while optimizing private aviation and increasing customer accessibility through its revolutionary two-sided marketplace,” stated the company at the time of his hiring.

Other recent key hires include Gene McKenna as Chief Product Officer. He had previously worked alongside Hegde at Groupon. Srikanth Satya joined as Chief Technology Officer after a 20 year career at Amazon, Microsoft, and Dell EMC, where he built large scale distributed cloud services and products for Global Fortune 100 companies. Julia Zhang has been hired as the new SVP of Pricing and Revenue Management. 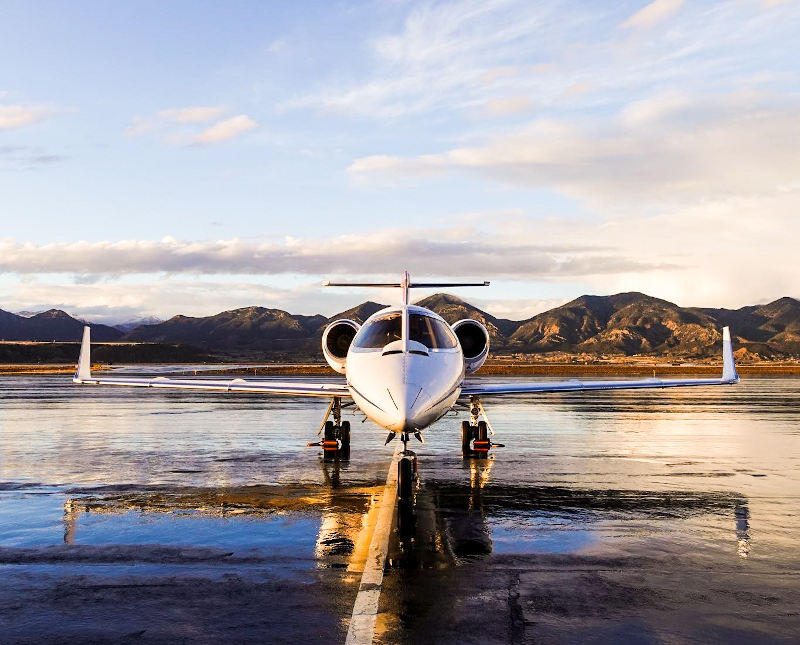 A large part of the opportunity arises from the highly fragmented private aviation market. Looking at data from the FAA, Wheels Up says that the top 10 (part 135, charter and part 91, owner) operators control just 8% of the industry capacity. Furthermore, there are over 1,800 operators who control fewer than 10 aircraft each. This fragmentation can make it hard for consumers to understand all the options and the pricing. So overall there’s lots of room for improvement.

In addition, Wheels Up says the data shows that the average private plane today sits idle 97% of the time. This ties to numbers that SherpaReport has seen showing typical private aircraft fly for just a few hundred hours a year, whereas some of the biggest fleet operators can put over 1,000 hours a year on their floating fleet of private aircraft. Which all means there’s lots of scope for improving the usage efficiency of the planes and making them more productive.

The Wheels Up Vision

The marketplace is a huge focus for Wheels Up. Kenny Dichter, Founder and CEO, referred to it multiple times during his presentation at the NBAA tradeshow in October this year.

Vinayak says there are multiple aims for this marketplace. Just like any other market, there’s the goal of matching supply and demand for private aircraft. But Wheels Up also wants to make buying easier and bring in more price transparency, both of which are certainly needed. They also plan to optimize asset utilization.

On the supply side of this equation Vinayak Hegde explained the way Wheels Up looks at things is to split the aircraft into:

In private aviation, there’s more than just the aircraft on the supply side. Vinayak noted that this is quite different to many of the other marketplaces that he has worked on. Every plane needs at least one pilot, and for flights with the large private aviation companies there’s always two pilots. In addition, the aircraft, the pilots and the operators are heavily regulated. There are rules on maintenance, training and rest periods. Charter operators fly under Part 135 of the Federal Aviation Regulations (FAR’s), owner operators are under Part 91 and fractional operators are under Part 91k.

So, matching and optimizing the full supply, of trained, qualified pilots plus aircraft, to overall demand, across a national or even global footprint, will take some work. Layered on to this are the additional inputs for flight planning including weather forecasts, airport times and unexpected weather changes or unscheduled mechanical issues. With so many variables, and at scale, only technology and automation will solve these optimization challenges.

Wheels Up has some interesting programs to balance out both sides of the equation. On the supply side, where they are looking to add to the 3rd party fleet of operators, they offer guaranteed rate programs, which can lock in supply from some operators. This is part of the “asset-light” strategy, under which they don’t need to own as many aircraft.

On the demand side, with their customers, they may offer incentives for customers to move flight times if this helps with fleet optimization. For instance, if a customer requests an aircraft at noon, and the company knows they have an aircraft arriving (with a different customer) into that airport a few hours later, they could ask the 1st customer if they would be happy flying out a few hours later, and even offer an incentive to use that later timeslot. This is much more efficient for the fleet, than flying in a second plane for the noon flight time. In the above simple scenario, Wheels Up would only need to use one aircraft for the in and out flights, rather having two aircraft service the two different customers.

Wheels Up is certainly not alone in expecting ongoing consolidation in private aviation. At this year’s NBAA show, in October, Kenny Dichter shared the stage with Ken Ricci, founder of Directional Aviation and George Antoniadis, CEO of PlaneSense and all three agreed that consolidation would continue over the next ten years.

“I am pleased to report another quarter of record revenue, which offers further evidence that the work to expand our fleet offerings, invest in our iconic brand, and serve our high value customers is setting us apart.” said Kenny Dichter, Wheels Up Chairman & Chief Executive Officer.

On the bottom line there was an increased loss caused by supply constraints and increased operating costs, as well as an increase in equity-based compensation expense, including a broad-based equity grant to the Wheels Up employee pilots.

“Our supply constraints are no different than what many companies are facing today, and reinforces the need for the technology-enabled marketplace platform that we are building,” added Kenny Dichter.