Private aviation company VistaJet recently celebrated 15 years in the industry with another big announcement: The company saw a record 31% increase in new members in 2018 and said it expects to continue its growth in the coming year.

The number of flights provided by VistaJet increased by 25% worldwide in 2018, with a 46% increase in North America. Aircraft utilization increased by 20%, with a climbing demand for longer flights. This utilization increase is the equivalent of each of VistaJet’s 70 aircraft flying around the world 20 times. Furthermore, VistaJet outperformed in the European market, with the number of new Program customers growing by 105%. A significant majority of these new members are based in the UK, a region which doubled its new contracts last year.

In the Middle East, while parts of the aviation market saw some degree of decline, VistaJet saw a 38% increase in flights in the region and a 24% increase in passengers. Nearly one-third of these flights were for clients in the United Arab Emirates. To support its Middle East base, VistaJet plans to open a larger sales office in Dubai in early 2019. Meanwhile, growth in Asia was also strong. Flights across the continent increased by 26% with a 71% growth in the number of flights to and from Singapore. 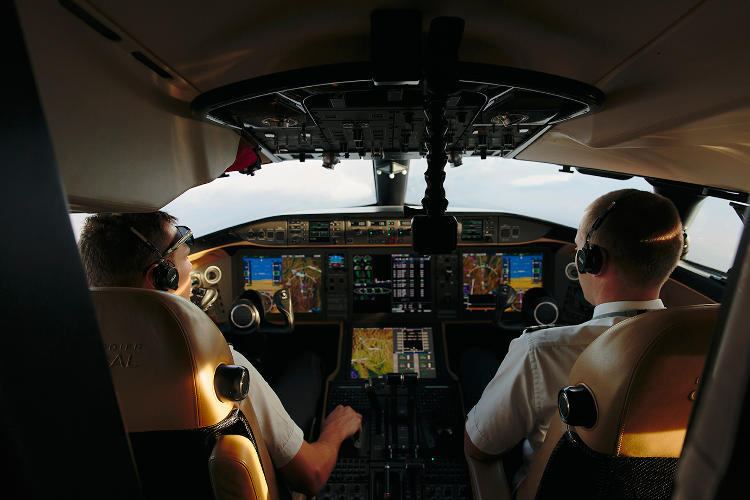 Founder and Chairman, Thomas Flohr describes 2018 as “a further milestone year for VistaJet.” He predicts:

Despite increasing economic and geopolitical headwinds, we anticipate resilience across our customer base for 2019. As the world’s largest wealth region with over 34% of the globe’s UHNWI, we foresee the greatest growth opportunity to continue in the US. I firmly believe that VistaJet and Vista Global will continue to revolutionize the aviation industry by providing a better alternative to aircraft ownership in this globalized and shared economy, and will unlock long term growth for our business and customers.

Focusing on more than just membership growth, VistaJet continues to nurture relationships with its Program members, partnering with such events as British Polo Day, art auctions at Christie’s, and special events for children and wine lovers.

VistaJet also announced the introduction of a new Flight Risk Assessment system from Osprey. The system, which integrates with VistaJet’s own proprietary flight operations software, delivers instantaneous risk assessments for each flight using real-time data. It incorporates a broader range of information that could impact flight performance, from local taxi strikes that might delay a crew’s ability to reach the airport, to a detailed evaluation of no-fly zones. The move continues the company’s commitment to flight safety.

We look at the most efficient way to fly, with safety being the core driver. By providing even more meaningful data to our inhouse experts, they are able to create a smoother flight experience for our customers. Safety is and must always be a common goal for all aviation companies, and we are proud to lead the way by adopting the most advanced innovation technologies available on the market ahead of anyone else in business aviation.

Founded in 2004 by Thomas Flohr, VistaJet is now part of Vista Global Holding, which launched in Dubai in 2018. The move was intended to consolidate what Flohr described as “a fragmented aviation market.” Vista Global offers a selection of services, including aircraft leasing, private aviation programs, and cutting-edge aviation technology.

To date, VistaJet has completed more than 146,000 flights globally, transporting more than 367,000 passengers to more than 1,900 different airports. It is the first operator to be awarded the Diamond Safety of Flight Award by the European Business Aviation Association in both 2016 and in 2018. (Each award covers two years.)