Surf Air has been in existence since 2011, and has been successful in flying private aircraft to and from many regional airports throughout the country. But recently, Surf Air has mobilized its parent company, Surf Air Mobility (SAM), in creating a new regional air travel ecosystem, putting the often elusive vision of green, eco-sensitive flying into clear focus. The SAM goal is the development of proprietary powertrain technology in order to electrify existing fleets, thus reducing operating costs and emissions.

On May 18, 2022, Surf Air Mobility announced that it will go public through the $1.42 billion dollar merger with the SPAC Tuscan Holdings Corp. A SPAC is a special purpose acquisition company, also known as a blank check company. It is listed on a stock exchange with the purpose of acquiring a private company, thus making it public without going through the traditional initial public offering process.

As part of this deal, Surf Air is expected to receive up to $467 million in gross proceeds from investors that include iHeartMedia, and Partners For Growth, and a committed equity line from Global Emerging Markets, as well as from Tuscan's cash in trust. The deal is expected to close in the second half of this year, and the combined company is expected to generate pro forma revenue of $100 million in 2022.

In addition to the Tuscan Holdings Corp. SPAC deal, Surf Air Mobility said it would merge with commuter airline Southern Airways Corporation, in a deal valuing the combined entity at $1.42 billion. 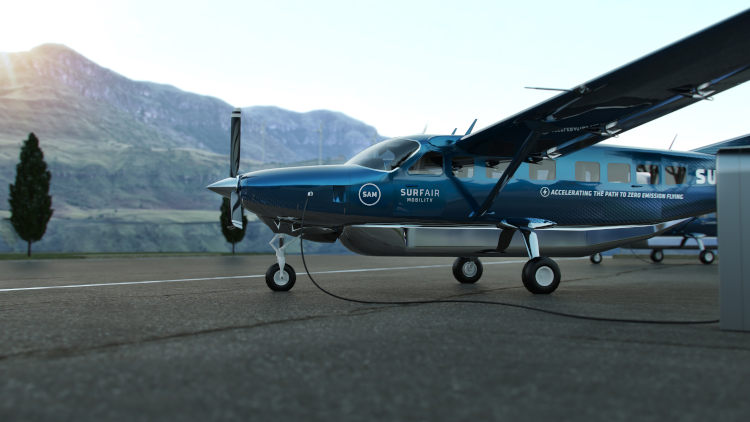 But this is not all. SurfAir has also entered into an agreement with two other companies, magniX and AeroTec, to develop hybrid and fully electric power trains for new and existing Cessna Grand Caravans.

AeroTEC is a premier aircraft development and integration company and magniX, is a leader in electronic propulsion. SAM plans to develop supplemental type certificates for its proprietary electrification solutions, powered by magniX’s electric propulsion units (“EPUs”).

AeroTEC and magniX have already proved the feasibility of the future of electrified air travel, having successfully flown a fully-electric Cessna Grand Caravan.

Through the combined deals, SAM plans to “deploy the world’s largest fleet of hybrid electric aircraft on regional routes being serviced today and on additional routes in new markets”.

SAM is designing its initial hybrid electric Cessna Grand Caravans to have the same flight range capabilities as their fully combustion counterparts, which will allow the Company to utilize the hybrid electric Cessna Grand Caravan aircraft across its own existing network, connecting more airports with direct flights and building a regional mass transport platform to sustainably connect communities across the U.S.

SAM also intends to make hybrid electric powertrain upgrades available to other fleet owners, as well as license its technology to OEMs for new aircraft types.

Last year SAM signed a purchase agreement for up to 150 Cessna Grand Caravan EX single-engine turboprop aircraft, with an initial fleet order of 100 aircraft and an option for 50 more. The overall plan is to deploy the world’s largest fleet of hybrid electric aircraft. 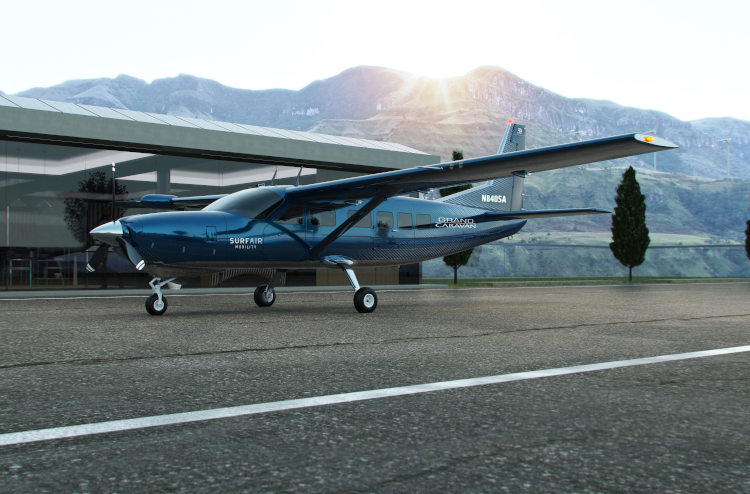 No Need for Charging Electric Infrastructure

By using hybrid powertrains, rather than fully electric powertrains (think Prius rather than Tesla), there’s no need to develop charging infrastructure on the ground at airports. SAM says that “commercially available hybrid electric aircraft are only a few years away,” and that they will be “followed by fully-electric aircraft.”

Surf Air has also signed a Memorandum of Understanding with Signature Aviation, one of the world's largest private aviation terminal operators, to market and scale sustainable aviation fuel and co-develop technology for electrified aircraft charging infrastructure.

These deals positions SAM to be a leader in the electrification of commercial aviation, providing it with resources necessary to bring electrified powertrain technology to market and expanding and electrifying regional consumer scheduled and charter flight services. The transactions should allow SAM to turn the vision of green, electrified flight into a functional reality for the private flying population.