Since Surf Air launched in 2013, the company has offered Californian travelers a comfortable and efficiently-priced alternative to other private aviation programs. For a monthly membership fee, members can enjoy unlimited flights on the Surf Air fleet between 13 destinations. Skipping the delays, lines and hassle of the commercial airport experience, members can be at their destination in half the time of a regular flight, and can manage their bookings via smartphone, with no penalties for changing or cancelling a flight. 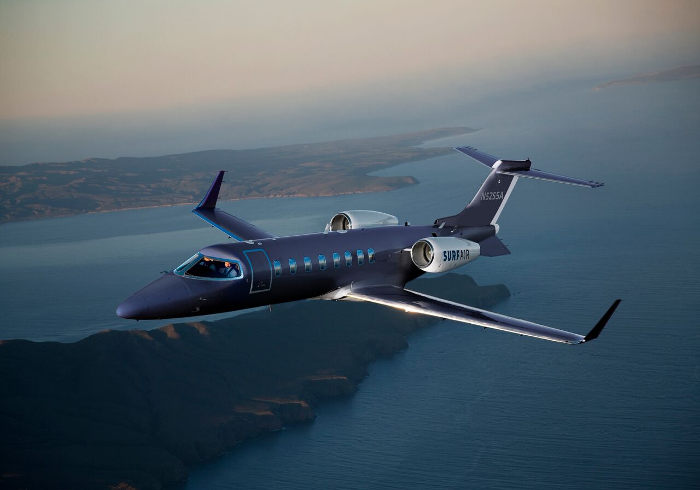 Now European members will be able to enjoy the same convenience and high quality service. Simon Talling-Smith, European CEO of Surf Air, says that the expansion was the next logical step. "We have proven in California that our service is a valuable - even an essential - part of life for regular travelers. It was clear that the same model would work in many places globally. Europe has a number of major cities all within 45 mins to a few hours of each other, with heavily congested airports, and a large number of air travelers. So it makes sense to launch there." Indeed, the continent offers many big air travel markets all within a relatively small space.

The first flights will take to the skies on November 7, and although the current fleet consists of "two or three" Cessna CJ4s and Learjet 75 models, Talling-Smith says that the fleet is expected to expand very quickly within the next year. The list of destinations is also expected to grow. At the time of launch, Surf Air Europe will operate between six key European cities – London, Zurich, Geneva, Paris, Cannes, and Dublin – with additional weekend links to Ibiza and Mallorca. Another five cities are expected to be added soon: Amsterdam, Edinburgh, Berlin, Milan, and Barcelona. 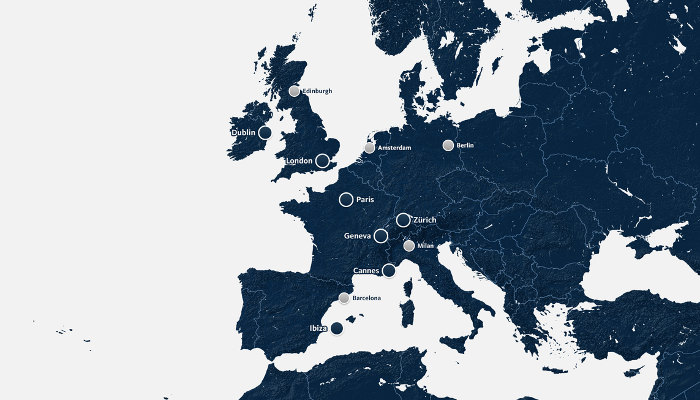 "We decided to start in cities within the finance vertical," Talling-Smith explains. "There is a high degree of movement between financial markets and so we knew that there was an opportunity for strong interest." One of the biggest challenges in preparing for the launch was explaining how Surf Air works, as a membership club and not as a fractional option: "Many had the misconception that we provide private jets for the uber-rich, but then they see how affordable we are." Continued Talling-Smith.

He notes that their membership is actually very varied: people in the financial sector, small businesses, those in the entertainment industry, and weekly commuters. Rising commuter numbers may also be a potential upside of this year's Brexit vote, as offices relocate to other European capitals. Talling-Smith suspects that many employees will choose to remain in their homes but commute to the new locations, and this is where Surf Air can provide convenience on demand.

The flights operate on a regular schedule, and members share use of the aircraft with other members, but depart from private aviation terminals avoiding the lines at commercial terminals. Surf Air Europe memberships start at a monthly fee of £2,500 plus a £1,000 initiation fee, or €3,250 per month and a €1,300 initiation fee. Members also have the "hangar option", whereby they can allow their membership to go dormant, for a fee of £300 per month. Talling-Smith sees this as an attractive option for those seasonal travelers who might spend a lot of time traveling during the ski season or when visiting their summer homes, but who might not otherwise be frequent flyers.