Super Bowls are always a busy time for private aircraft. The most recent Super Bowls have seen between 1,000 and 1,500 private jets fly into the host city. This weekend’s game should be no different and if anything, the signs are that the number of planes will be higher than the last few years. Here’s a look at some of the numbers and details for this year’s event.

Avinode, the largest Marketplace for air charter, reported 3,800 requested arrivals between 2018-02-02 to 2018-02-04. Note these are marketplace “requests”, so not all of them will be fulfilled and turn into actual flights. Avinode noted that requested flights for Houston last year were almost half of that number.

Over 90% of the Avinode requests are for flights into Minneapolis-St Paul International Airport (KMSP), which is the closest airport to US Bank Stadium. They are seeing a smaller number of requests for Anoka County-Blaine Airport (KANE) located about 10 miles north of the city center and stadium.

The top 10 departure airports for these requests are:

So as you might expect, lot’s of flights out of the North East, including Boston and Philadelphia. KBED is the main airport for private jets in the Boston area.

The top 10 aircraft that Avinode are seeing requests for are:

Most of these are mid-size or larger aircraft, so have room for upwards of 8 or more passengers, which suggests that groups of people are filling the planes. The 1,100 miles from Boston to Minneapolis is well within the range of most light jets, so these could be an option if just 2 or 3 people were traveling. 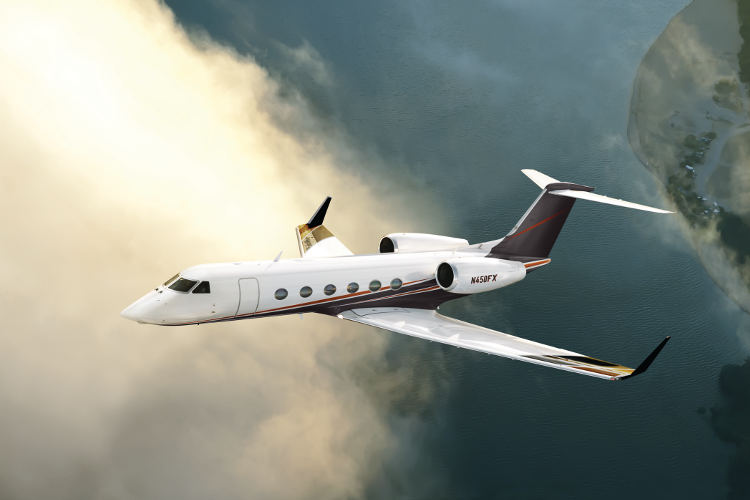 As you might expect the top originating destinations for Flexjet include Boston (hometown of the Patriots) and Philadelphia (hometown for the Eagles), then also include Southern California, Southern Florida, Chicago, Washington, D.C., and New York.

Flexjet will have a full staff from every department from aircraft maintenance to owner services on site. They will personally greet each Flexjet arrival and will meet any needs the owners may have while traveling through the terminal on their way to or from the game. For the trip home, Flextjet says the jets will be stocked with his and hers Flexjet Super Bowl recovery kits.

“Whether our Owners have a relationship with the NFL, are hosting business clients or spending some father-son quality time, they know they’ll want for nothing while traveling with Flexjet,” said Megan Wolf, Vice President of Owner Experience.

Private aviation membership company Wheels Up has over 100 movements in and out of the greater Minneapolis area for the Super Bowl this weekend. These numbers are over 65% higher than last years game.

Their King Air flights are primarily (95%) going into Anoka County-Blaine Airport (KANE), while their Citation Excels and other flights are using Minneapolis-St Paul International (KMSP) and KSTP, with just a handful going to St Cloud Regional Airport (KSTC).

Again, as you would expect the majority of these flights are coming from the Philadelphia, Boston and the New York areas.

NetJets is creating its own temporary, full-service FBO at St. Paul Downtown Airport (Holman Field, KTSP). The company expects about 250 NetJets flights into and out of the Minneapolis area around the time of the big game.

“More than 50 operations coordinators from NetJets—from IT, scheduling, flight operations, and ground transportation—will travel from our headquarters in Columbus, Ohio to Minneapolis to ensure everything is a seamless experience for Owners,” said Diana Oreck, EVP of Owner Experience at NetJets.

The temporary NetJets FBO features a private hospitality lounge equipped with a bar, catering, and televisions. In the air, owners are offered a special inflight menu for Minneapolis departures, and on the ground, they receive special chauffeured auto rates, and an invitation to an exclusive Saturday night Super Celebration.

The FAA is forecasting more than 3,500 additional take-offs and landings and nearly 1,000 additional aircraft on the ground for the Super Bowl.

At Minneapolis-St. Paul International Airport (KMSP), St. Paul Downtown (KSTP), Anoka-County-Blaine (KANE) and Flying Cloud (KFCM) airports some runways will be closed, in order to provide additional parking for all the aircraft on the ground during the game.

The FAA has issued Temporary Flight Restrictions (TFR) which cover a 30-nautical mile ring, centered over the stadium and from the ground up to 18,000 feet in altitude. These go into effect from Sunday afternoon before the game and expire at 11.59 pm that night. The TFR will not affect regularly-scheduled commercial flights but it will affect private flights.

In our view, the people flying into the smaller, more regional airports can often be making the wisest move for big events like the Super Bowl. The larger airports like KMSP will see so many planes that want to depart on Sunday night after the game, that take-off slots can run well into Monday morning or Monday afternoon. So, by using an airport a little further out of town, you can often get off the ground much quicker. To help with this, the FAA has added additional departure routes to quickly funnel air traffic out of the airspace.