Private Jets Flock to the Super Bowl in Indianapolis

Over the last few days SherpaReport talked to executives at several private aviation companies to assess the demand for flights to this years Super Bowl. There's a high demand driven by the markets that the teams come from and the confidence as the economy starts to rebound from the recession. 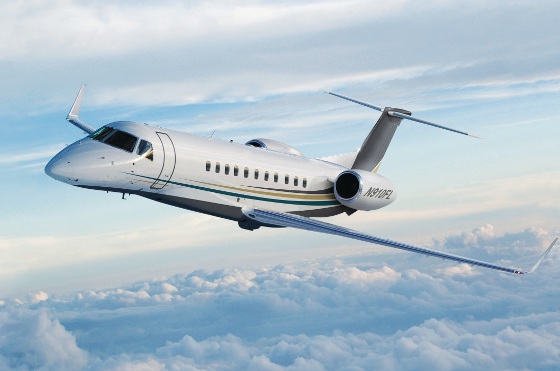 The largest increase was seen by Sentient Jet, who are based just outside Boston, and told us that they are seeing a 100% increase (and growing as they continued to book flights) compared to last year's game. With the New England Patriots meeting the New York Giants tomorrow, Sentient's Massachusetts location means they are well connected in both these markets and it's showing in the number of flights. It also helps that New York and Boston have fan bases with more access to private jets than Green Bay and Pittsburgh from last year.

"People started booking weeks ago but we really saw a jump in requests after the conference championship games when people knew who was going to be playing." said Amy McLaughlin of Sentient. "The majority of our flights are to/from the East coast but we have people coming from as far as Phoenix and Southern California."

Flight Options, one of the largest fractional and private aviation companies, said they are seeing a similar number of flights as for last years game in Dallas. But overall this is up about 115% from 2009 which was the depths of the recession.

People started booking about two weeks in advance, so again the rush started once the teams were known. This is a big difference to the way private aviation flights are booked during most of the year, where reservations typically occur only 24-48 hours ahead of time.

For this years game, Flight Options said they've experienced increased demand for large cabin aircraft, with several people having upgraded to accommodate larger groups of families and friends. During most of the year, the majority of their flights are for 1, 2 or maybe 3 or 4 passengers, so it's quite a change to see the demand for the larger jets.

One of the logistical problems that Flight Options planning and operations department has to manage, is the job of getting all their customers out of Indianapolis after the game. Whether it's the Super Bowl, Indy 500 or any other big sporting event the challenge is always the same. This year most flights and operators are using one airport, Indianapolis International, whereas last year for the big game, there were three airports that people used around the Dallas area, so spreading the load.

Most of Flight Options 30 or so planes will wait in Indy, although a few will come out. They've even had to reserve ramp space because it's going to be so crowded. The real fun will start after the game, when the FAA Temporary Flight Restriction (TFR) is lifted and everyone is trying to get home. With so many aircraft trying to leave one airport, there's going to be flights going out well into the early hours of the morning – something to bear in mind if you're planning a similar trip for a big event, then plan it well ahead of time so that you can book your slot.

StarbaseJet based in Texas had customers flying up on Thursday and Friday this week, so that they could participate in all the activities and parties. Four of their own fleet of 14 aircraft are heading up to Indianapolis, including a LearJet 60 and an Embraer Legacy, plus they've booked several other charter aircraft.

Starbase also have superbowl "related" flights each year, which don't go to the game, but are people having a weekend away, with the game as the backdrop. This usually includes a few flights to Vegas each year and this year there's a ladies weekend out to Napa Valley and another one up to Wisconsin, while their husbands stay home and watch the game – sounds like fun for everyone.

Luis Garcia, VP of Charter Sales & Aircraft Management at Starbase said that most of their flights are booked within 24-48 hours of the final teams being known, so straight after the conference championships. Although the "related" flights tend to be booked earlier than this.

Luis also mentioned the mayhem after the game, when everyone wants to leave town at 11pm, but again, with so many planes looking to get out, people would be better off partying for a few hours, rather than hanging out at the FBO.

If you're planning a similar sort of trip around a big national or international event, it's worth getting co-ordinated and planning well ahead of time, you'll stand a much better chance of getting the plane you want, at the price you want and at the times that work best for you.