This year we’ve again looked at forecasts from manufacturer Honeywell, from brokers at Jetcraft, and from analysts at the Teal Group, providing a breadth of insider industry knowledge.

At this time last year, the ten-year private jet forecasts were more optimistic, with dollar values ranging from $259bn to $277bn.

Honeywell noted that units delivered in 2016 showed a small annual decline. They predict that 2017 will continue with the decline, but that this will be in part due to new model transitions in 2018, with buyers waiting one year for the newer models.

The forecasters cite various factors, as being behind the slowed growth. Honeywell draws attention to slow economic growth and political uncertainties. Teal echoes concerns about economic and geopolitical uncertainties. Jetcraft notes their model takes account of the following trends: a slowdown in wealth creation; an outflow of ultra high net worth individuals (UHNWIs) from emerging market economies; offset by a belief that the U.S. economy still has ample room to grow and that the current trend of companies buying back shares is about to wind down and shift to robust capital expenditure investment. 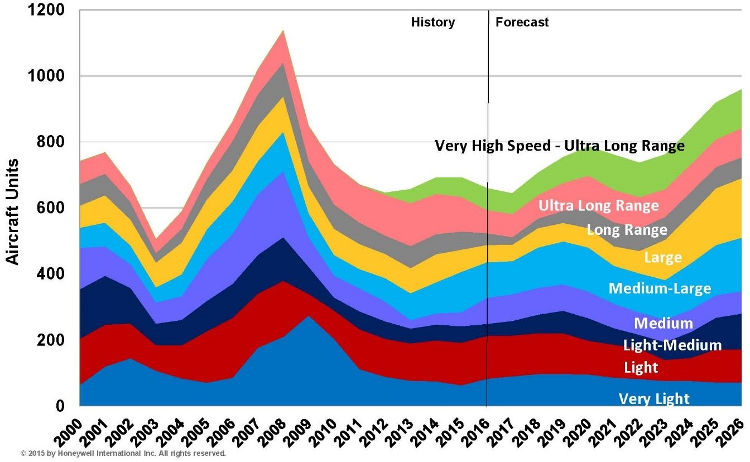 There is a consensus among Teal and Jetcraft that the market will likely peak between 2019 and 2021. Jetcraft predicts a three-year downturn after the peak, but now believes this will be a softer decline than previously expected. Teal expects a gradual but permanent shift in favor of larger, more expensive models, with Gulfstream and Bombardier becoming market leaders. Jetcraft agrees that Gulfstream will hold the highest revenue market share, 30.6%. This is largely a result of Gulfstream extending their family of larger aircraft. 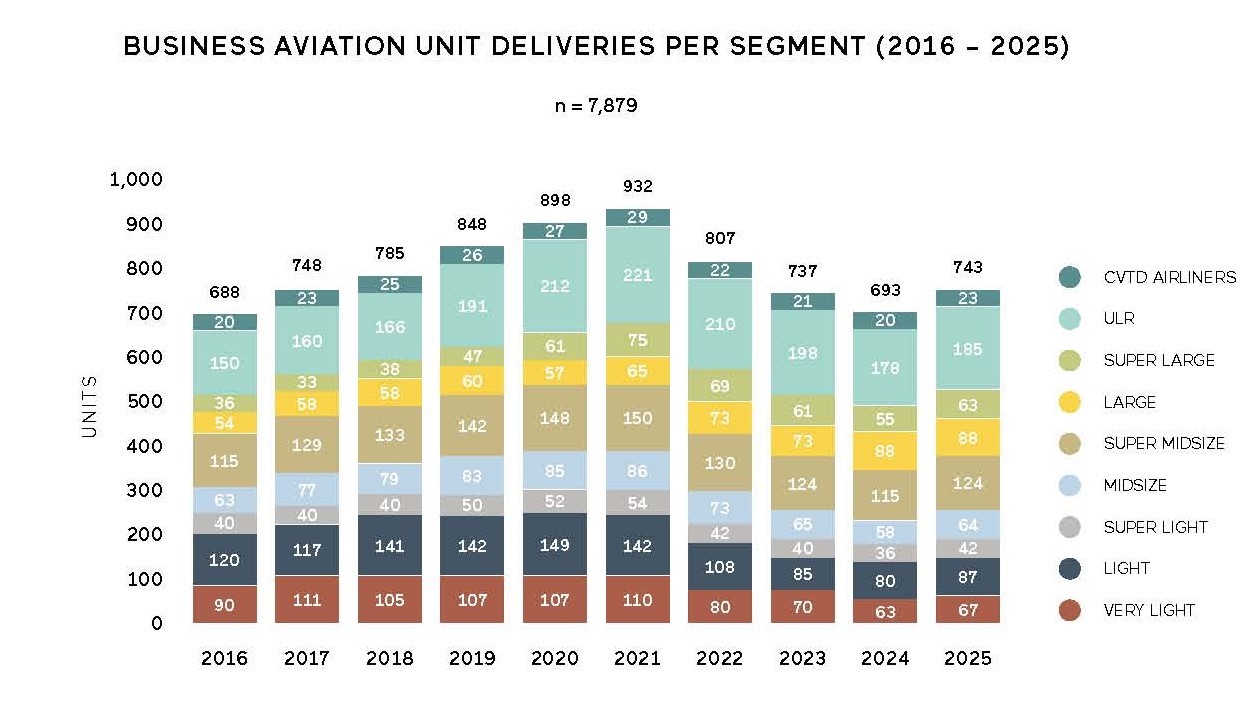 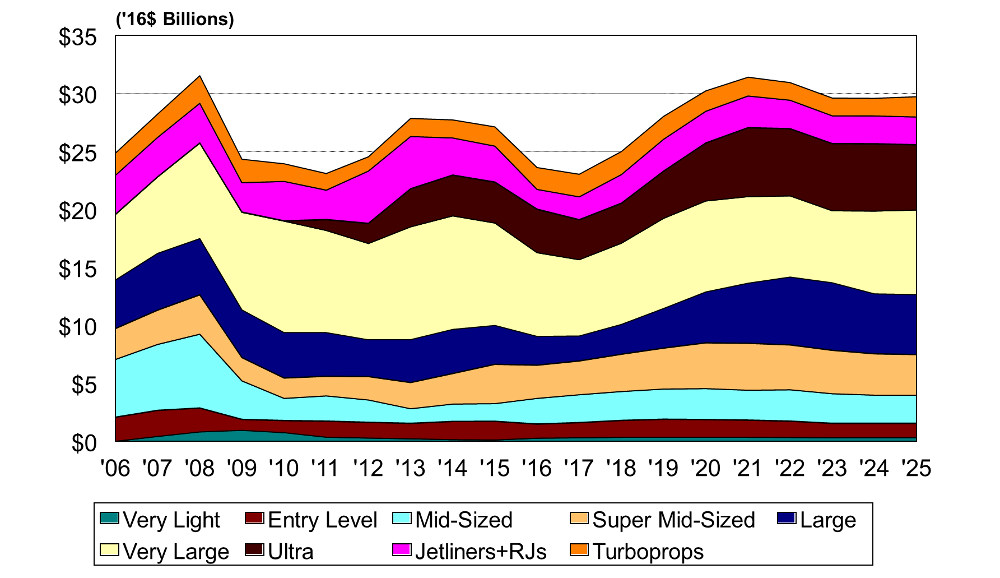 Honeywell continues to see the focus on demand in larger aircraft classes – those in the super mid-size to ultra-long range categories. Honeywell forecasts that these will account for more than 85% of new business jets in the next five years.

Honeywell sees 79% of demand continuing to come from North America and Europe. This includes a 4% rise for North American markets as compared to 2015 forecasts. The Asian market is expected to rise by about 3% within the coming decade.

Jetcraft expects Gulfstream to secure the largest portion of the revenue market share, 30.6%. This is a result of the company’s move to extend its family of large aircraft. In the super large jet category, Gulfstream is forecast at 51% of market revenue, valued at $12.3bn.

Likewise, the Teal Group gives Gulfstream 31.6% of the overall revenue market share, with Bombardier close behind at 27.9%.