The whole world has pretty much stopped traveling for any reason. You will have heard how commercial aviation companies such as Delta and United have significantly reduced their schedules. Private flights and business aviation are also way down from their normal level.

Data from aviation research and services company ARGUS, shows aviation flights in the US started to drop off in March. Review of the first 10 days of March, compared to the same period in 2019, showed that activity was only down about 5%, but by the end of March the drop was about 30%.

Similar data from business jet charter marketplace Avinode further confirms this trend. Looking at their graph of trip requests shows an interesting peak in early March in both Europe and the US. Bear in mind that this data is requests for flight quotes in their marketplace, this does not necessarily all convert in to actual flights. Since then the number of charter flight requests has dropped significantly in both the US and Europe.

In early March, the Avinode marketplace saw a massive spike in inquiries about charter flights. This occured just as the pandemic was starting to really take hold. It appears that people were looking for charter flights to get them back home, before any lockdowns were put in place. Based on the volume, some of these people were probably new to chartering, and looking at this as an option for the first time. 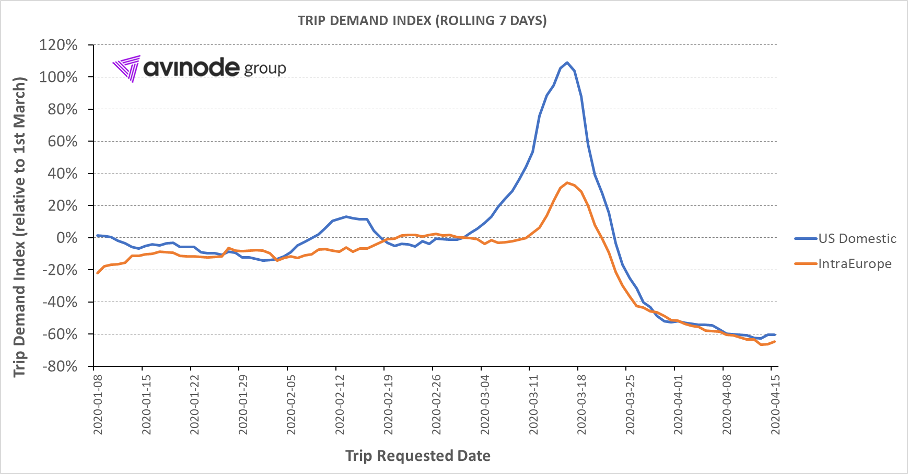 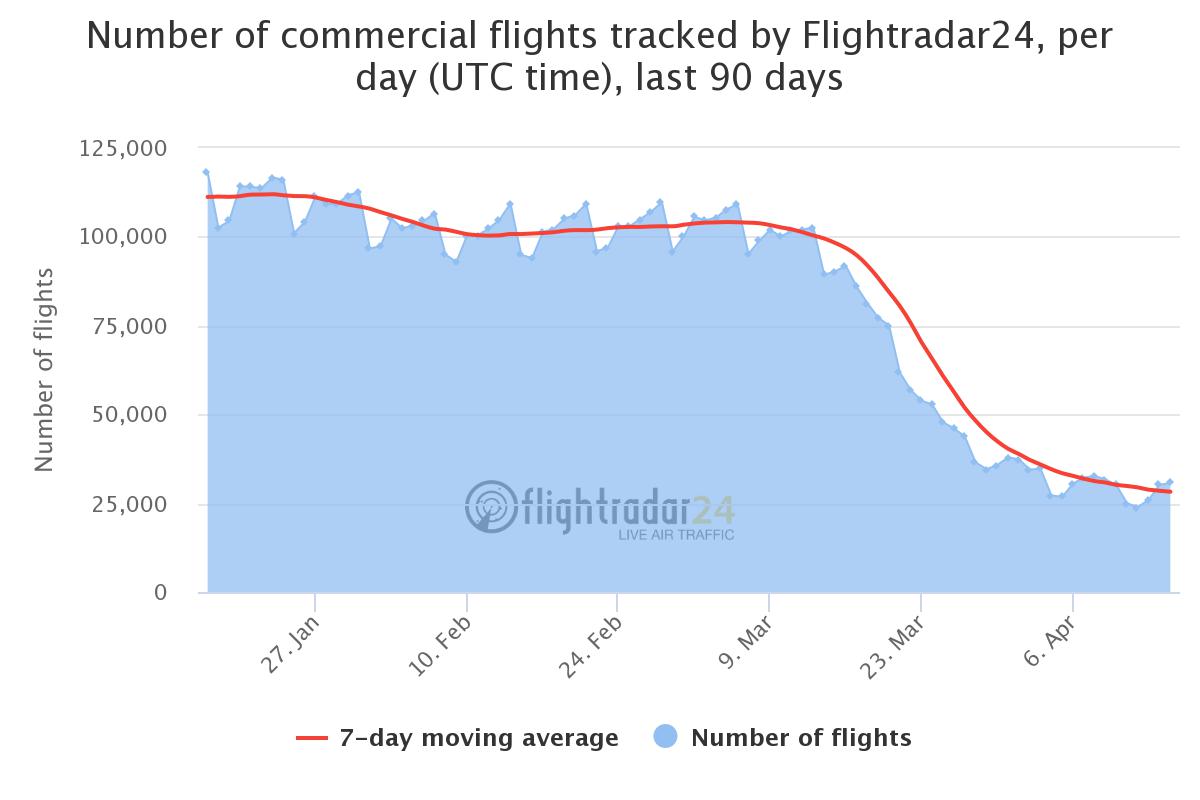 These indicators, anecdotal data and reports from the airlines suggest many of these commercial flights are flying with very few passengers, but at least they do keep flying even with a low passenger count. For instance back in late March Doug Parker, CEO of American Airlines, said his planes are about 15% full. In comparison private aircraft will only take to the air when someone wants to fly – it’s all based on demand. In other words, if the owners of private planes or people who charter private planes don’t want to fly, then there are no flights, because there is no set schedule.

Aviation research firm Cirium says that only 9,500 commercial passenger jets are still classified as “in-service” worldwide. Furthermore approximately 64% of the global commercial fleet are parked in some form of storage.

The one area in the aviation world that has held up reasonably well are cargo flights. The data from Argus shows these only dropped 8% in March and are down 10% in April compared to the same period in 2019.

Going back to that peak on the Avinode graph, it does suggest there is a lot of potential interest in flying privately during these health constrained times. As travel restrictions start to ease, this may well translate in to more private flying.