How Much Does It Cost to Charter a Private Aircraft? 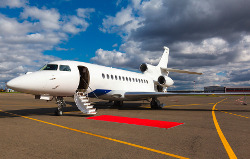 This is a question that we hear quite a bit, as we talk to people who are looking at private jets and other private aircraft. So this article walks you through the different factors and provides some pricing indications. At the bottom of the page is a pricing tool to give you a quote on a custom flight.

The Calgary based fractional operator is starting to undergo a transition as it moves from using the Pilatus PC12 to having the Citation CJ2+ as one of its core aircraft.

JetSuite Expands their Service to the Northeast

With a mission of making private air travel accessible to "more people than ever before," as JetSuite CEO Alex Wilcox noted, the fast growing private aviation company expanded their services over the summer offering service to hundreds of airports throughout the region's major metropolitan areas including New York, Washington D.C., Boston and Toronto.

SherpaReport recently talked to Steve Santo, CEO of Avantair about the companies aircraft lease program, which it calls the Axis Lease.

Thanks to Aerion, There’s a New Supersonic Business Jet on the Horizon

The notion of supersonic transit has appealed to man since long before the sound barrier was first broken by Chuck Yaeger in October of 1947. Since that time, it has become almost routine for military aircraft to break the speed of sound, but for more traditional travelers, supersonic cross-oceanic flight has been little more than an aspiration. That's all about to change, however, and Aerion looks to be the company that will deliver first.

Following on the heels of a $1.3 billion order in 2010 and a $6.7 billion purchase in 2011, the fractional ownership firm NetJets recently placed two separate deals for Bombardier and Cessna planes totaling $9.6 billion. NetJets plans to introduce as many as 425 new aircraft to their global fleet.

JetSuite Offers an Economical Cabin in the Sky

Appealing to those clients who value both their time and money, private jet charter company, JetSuite, is pioneering a new class of service. "We're attempting to make private charters more affordable and accessible," says Keith Rabin, president. The provider offers the same level of luxury as other branded operators.