As we've noted in earlier articles, the world's top companies and ultra-high net worth individuals continue to drive strong demand for long range, large-cabin private aircraft. The order backlogs at the aircraft OEMs are longest in the large-cabin asset class and this is also driving the resale values of pre-owned aircraft. Sales of larger aircraft, such as the bigger Gulfstream, Bombardier and Dassault private jets, drove the market in 2013 and we're expecting to see a similar trend when the 2014 numbers come out.

While aircraft financing boomed from 2002 to 2007, the number of lenders and the terms have diminished since 2008. Global Jet Capital is a new company, formed to offer financing for new and pre-owned private aircraft which are 10 years or less in age. 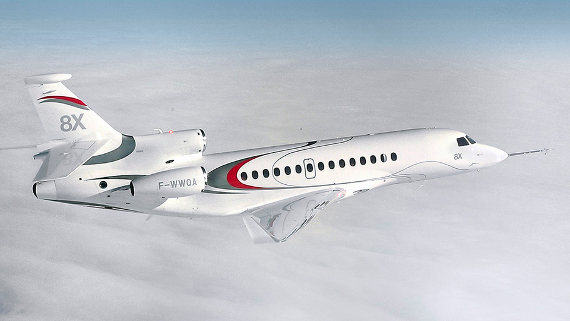 According to Shawn Vick, Chairman of Global Jet Capital, "There is an opportunity in the global market today for asset-based lending, and in particular, private jet operating leases, as traditional lending sources have somewhat retreated from this sector. This is why Global Jet Capital was formed."

Global Jet Capital launched last year with backing from GSO Capital Partners, a Blackstone company in partnership with Franklin Square Capital Partners, The Carlyle Group, and AE Industrial Partners. With these large financial backers it has the capacity to fund more than $2.5 billion in aircraft financing for individual, corporate and government use. The company is based in Florida, but is providing financing for aircraft acquisitions around the world. Global Jet Capital projects that the majority of their business will be overseas in the near-term, but expects leasing to continue to gain momentum in the U.S. market as the advantages become more widely recognized.

The management team at Global Jet Capital has over 200 years of combined experience in the aviation market, Including aircraft manufacturing, design and finance. On the aviation side their prior employers include Bombardier, Hawker Beechcraft, Sikorsky Aircraft and Gulfstream Aerospace, while on the financial side they include alumni of BNP Paribas, Citibank, Chase Manhattan Bank and GE Capital.

"We believe that more and more people will be transitioning into the super mid-sized and large-cabin airplanes in the global economy," Vick said. "The growth in Asia and the Middle East, in particular, dictate the market for long-range, large cabin private jets in order to conduct business."

Global Jet Capital provides a variety of financial structures including finance leases, interim leases, mortgage loans and mezzanine financing for these larger aircraft. Their most common structure is an operating lease in which Global jet Capital (the lessor) purchases the aircraft and then the client (the lessee) leases it for an agreed term, and enjoys the full use and operation of the aircraft.

There are pros and cons to this structure for the client. The main advantages are:

Lower capital requirement - Leasing can be available for up to 100% of the purchase price, and usually just the security deposit is required up front. This means you'll use far less capital to obtain an aircraft.

No residual-value risk - The lessor owns the aircraft and therefore assumes all of the residual risk of the aircraft. At the end of the lease, the lessee simply returns the aircraft according to previously agreed return conditions set forth in the operating lease. The lessor may either sell it or re-lease it. Regardless, both can take time and the elimination of this responsibility is not insignificant for the lessee.

Balance sheet benefits – The largest benefit is the elimination of a non-profit producing asset from the balance sheet which immediately increases a company's liquidity. No matter how profitable companies may be, there is pressure from their respective lenders to increase cash levels on hand. As an aside, another benefit is that the jet will not appear on the balance sheet, but only hit the P&L. This is especially helpful for corporations that are dealing with shareholder pressure to reduce the assets on their balance sheet, especially those considered "non-core" assets like a private jet.

Taxes – As a lessee you'll pay taxes on the lease payments, not on the full upfront purchase price. So again, your cash flow will be favorably impacted.

Fixed costs – You'll have regular monthly lease payments. The only variable cost will relate to the hours flown.

To give readers an idea of some of the pricing, for a new G280, the monthly lease rate can be in the $200,000 per month context, subject to the lessee's credit profile and the term of the lease among other factors. Even pre-owned private aircraft can be candidates for an operating lease. A 2011 Global Express, by way of example, may command a lease rate in the region of $425,000 per month. (Note: in addition to the basic rent payment made by the lessee, the typical lease contract will also require monthly "use based" payments to cover future maintenance events. But these costs are no different that the use based costs an owner of an aircraft would experience).

The capital required day one to enter into these leases can be modest relative to the value of the asset. Lessors often expect a 6-month lease security deposit, which in the example of the new G280 above, would equate to a $1.2m deposit at lease inception. These funds are returned at the end of the lease if the aircraft has been properly maintained and cared for over the term of the lease. For entrepreneurs or corporations that have competing (and better) opportunities for their capital, limiting the upfront cash outlay on a depreciating asset can be a compelling factor in deciding to lease and not own.

It's certainly good to see the market for these larger planes come back and new sources of funding become available.