In today's economy everyone is trying to save money – even if you can afford a private jet. So Nextant Aerospace has introduced the remanufactured 400XT, which provides a new aircraft at what looks like a used aircraft price.

The Williams engine has a much improved thrust to weight ratio and is 30-40% more fuel efficient than the Pratt & Whitney engine on the Beechcraft 400 A/XP. While the Collins Pro Line 21 is one of the most popular avionics suites in todays light jets.

Overall the remanufacturing process takes all life-limited components to zero-time status. The aircraft is so re-built, in fact, that Nextant says that the 400XT is listed as an entirely new type of plane in Aircraft Bluebook. The aircraft just gained FAA certification in October, after a three-year development and flight testing process. 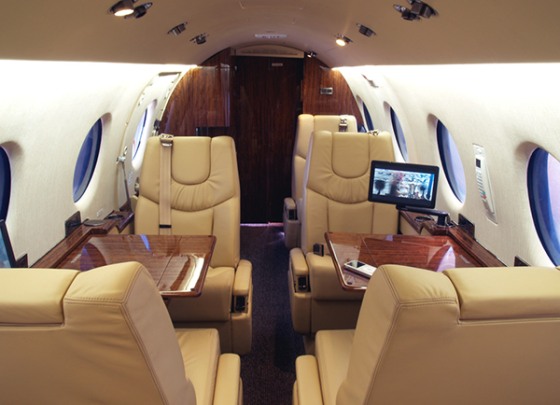 Options include additional avionics features and a cabin entertainment package including high-speed wireless Internet. According to Nextant, the 400XT, "...supports a range of 2,005-nautical miles with four passengers and NBAA IFR Reserves, and performance improvements that include a cruising speed of 460 nautical miles per hour; fuel efficiency improvements of 25-30 percent, depending on the length of the flight segment, and noise compliance that exceeds Stage IV requirements."

Nextant delivers the 400XT with a two-year, tip-to-tail warranty and a full suite of support services including, "...a national service network to support the plane with centers in seven key markets around the country as well as comprehensive flight training including a common training curriculum and a Level D Full-Flight Simulator."

Nextant says that the 400XT is priced at about half the cost of comparable new jets, or about $3.975 million for full ownership. Flight Options, the country's second-largest fractional jet company, has ordered 40 of the four-passenger 400XT's. "Nextant has delivered the equivalent of a new jet at approximately half the cost of competing models, a combination that we believe will resonate with our owners and members," said Michael J. Silvestro, chief executive officer of Flight Options.

The company was founded in 2007 with the express purpose of modernizing existing aircraft.