Executive AirShare was formed in late 2000. It was a partnership between Bob Taylor, who had founded Executive Aircraft Corporation in 1998, and Keith Plumb, a pilot and aircraft salesman. Bob retired this summer but remains a member of the management board. Plumb says that the Currans will bring "a new level of energy and vision" to the operation. 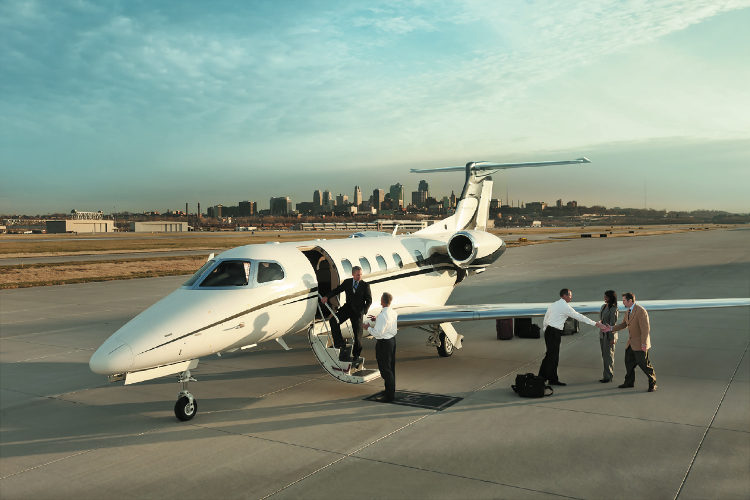 Curran Companies is a private-equity investment firm owned by father and son team, Patrick and Wiley Curran. Formed in 2010 as a consolidation of the various businesses owned by the family, Curran specializes in investing in smaller middle-market companies. The pair formed their first connection with Executive AirShare in 2013, when they decided to try fractional ownership by becoming shareowners of an Embraer Phenom 300. Coincidentally, their announcement came just as Executive AirShare took delivery of their tenth Phenom 300.

"Executive AirShare's business is poised for substantial growth, especially to new cities near our existing geographical footprint. This venture aligns with our fundamental investment principles," says Curran Companies President Wiley Curran. "We see significant opportunities to leverage technology on top of the current business model to produce an even better service for our customer base. We want to be the middle market's flight department."

Meanwhile, Pat Curran says that they have taken a long-term view of their investment: "We feel their management team has the right formula in delivering an exceptional private aviation experience using high-quality, late-model aircraft. And the day-based program provides Curran Companies with scheduling flexibility as if it were our own whole aircraft. This is the best business aviation model out there today."

Executive AirShare currently has more than 230 customers, served by a fleet of 33 aircraft that includes Bombardier Learjet 45XR, Embraer Phenom 300 and 100, Cessna Citation CJ2+ and Beechcraft King Air 350i. The company's primary service areas are the Central US and the Great Lakes. Offices are in Lenexa, Wichita, Kansas City, Fort Worth, Dallas, and Buffalo.

Editorial Update: Since this article was written the company has changed its name to simply Airshare. More up to date and recent articles about Airshare can be found in the Related Articles below.