Following on the heels of a $1.3 billion order in 2010 and a $6.7 billion purchase in 2011, the fractional ownership firm NetJets recently placed two separate deals for Bombardier and Cessna planes totaling $9.6 billion. NetJets plans to introduce as many as 425 new aircraft to their global fleet. 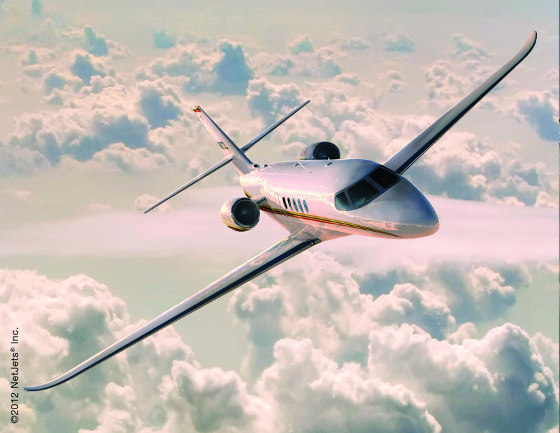 The move includes 100 guaranteed orders for Bombardier Challenger aircraft, as well as the option to purchase 175 more. The order would be split between 75 Challenger 300 series and 25 Challenger 605 models as the firm portion, with the option for 125 of the 300 model and 50 of the 605 model. Delivery of the Challenger 300s would begin in 2014, with delivery of the 605s to follow in 2015. The move also included a firm order for 25 Cessna Citation Latitudes, as well as options for 125 more with delivery starting in 2016.

These midsize cabin aircraft are part of the company's 10 year business plan, which aims to continually renew their fleet of over 725 jets. The new models will join the company's recently ordered Bombardier Globals, as well as the Embraer Phenom 300 jets and will serve to expand both NetJets' North American and European offerings.

"These new planes will further set NetJets' service experience apart from all others", stated NetJets CEO Jordan Hassel. "We listened to our owners and developed the design specifications of these aircraft to ensure that our fleet meets their exacting needs. The NetJets Signature Series planes will offer our owners, whether flying for business or leisure, a seamless transition from the ground to the sky, coupled with the safety and service experience they expect from us."

Since their founding in 1964 as the world's first aircraft charter company, NetJets has worked hard to pioneer the world of fractional aircraft ownership. The company offers a lineup of private aviation solutions, offering the benefits of whole ownership without the expenses.