Under the terms of the new deal, NetJets may take delivery of the first Citation Longitude in late 2019, with additional deliveries over the next 10 to 15 years. In comparison, NetJets currently operates a fleet of 75 midsize Citation Latitudes and expects to have 100 in service by mid-2019. They first placed an order for the Latitudes in 2012 and started taking deliveries in 2015. Owner demand has ranked the 2,700 mile range Latitude as the best-selling aircraft in the NetJets portfolio. 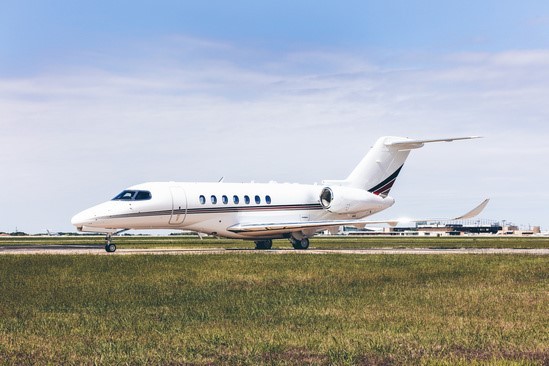 The super-midsize Longitude has a range of 3,500 nautical miles (6,482 kilometers) and a full fuel payload of 1,600 pounds (726 kilograms). It can seat up to 12 passengers and features a standard double-club configuration of fully berthable seats, delivering the most legroom in the super-midsize class. The clean-sheet design has the latest technology, including the Garmin G5000 flight deck and new Head-up Display for enhanced vision capability. Textron designed the Citation Longitude to be the most cost-effective aircraft in its category, with maintenance intervals of 800 hours or 18 months.

Scott Donnelly, Chairman and CEO of Textron said of the announcement: “We are proud to expand our relationship with NetJets once again through this significant milestone for the Citation Longitude and Citation Hemisphere.” He added, “The Longitude fleet will build on the success NetJets has enjoyed with the Citation Latitude midsize jet. Through its class-leading performance, operating efficiency and the quietest cabin experience in its category, the Citation Longitude redefines the super-midsize segment. The Citation Hemisphere will follow with its revolutionary approach to performance and the large cabin experience.”

NetJets has been collaborating closely with Textron on the new Citation Hemisphere, with a version designed specifically to meet the needs of NetJets and their owners. It will have a range of 4,500 nautical miles, allowing for easy connections between major cities such as New York to London. This is another clean sheet design aircraft, which will incorporate a full fly-by-wire flight control system and a low cabin altitude will ensure passengers arrive at their destination feeling refreshed after long journeys. NetJets is the launch customer of the new Citation Hemisphere.

NetJets Chairman and CEO, Adam Johnson says, “As the worldwide leader in private aviation, we seek out products that raise the bar and deliver an exceptional travel experience to our owners and their passengers.” He noted that NetJets recently placed an order for their 100th Latitude, following from their first Latitude delivery in 2015. Johnson said he looks forward “to the day we can say we took delivery of our 175th Citation Longitude.”

In other NetJets news, the company has also affirmed its commitment to Bombardier. Since 2011, they have taken delivery of more than 120 Bombardier aircraft. Starting in 2021, they will take delivery of the new Bombardier Global 7500, their largest ultra-long-range aircraft. With a range of 7,500 nautical miles and a high-speed cruise of Mach 0.90, non-stop flights from New York to South Africa or elsewhere will be easily available at maximum comfort.

Patrick Gallagher, Executive VP of Sales and Marketing at NetJets, says, “The industry’s flagship, the Global 7500 aircraft, will make a wonderful addition to our fleet, offering the ultimate combination of performance, luxury, and innovation.”

This latest news seems to be an indication of continuing confidence in the economy and in the private aviation industry. At the start of this decade, operators placed orders for $32bn of new aircraft and clearly this trend is continuing with these new orders. The new planes in the NetJets fleet will be available to both their fractional owners and their jet card holders.