Flight Options is the world's second largest private aviation company. SherpaReport recently talked to CEO, Mike Silvestro about the growth his company saw in 2012 and his views for 2013.

Overall sales in 2012 were up 30 percent from 2011. Two factors were at the center of the company's success, according to Mike Silvestro, "Referrals from our client base increased 104 percent, which is inspiring because it demonstrates the level of client satisfaction and loyalty we are seeing. In addition, we led the industry in new aircraft deliveries to meet our clients' private aviation needs. That synergy made 2012 a break-out year for us and has propelled us into what we expect will be an incredible 2013."

The additions to the Flight Options fleet included several Phenom 300's (pictured below) and Nextant 400XT's and a couple of Citation X's. "The Phenom 300 and the Nextant are in the sweet spot of where most people want to travel" said Mike. 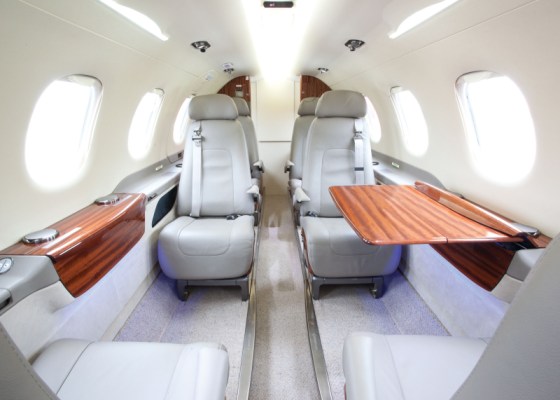 Flight Options launched the Jet Membership Club at the end of 2011, and the program saw significant growth in 2012. "It gets customers into the Phenom 300, which is an aircraft people want to fly" said Mike, "and the program lets them do that without the financial commitment of an asset purchase." The three year membership program is a sort of hybrid between fractional ownership, which typically runs for five years, and a jet card. "It has been overwhelmingly well received by the market" he continued.

While the new membership program saw the highest growth, there was also a strong showing in fractional ownership which was up over 30%, compared to 2011.

According to Mike Silvestro, the success is expected to continue, "As I talk with our owners, I'm heartened that they feel we 'get it' and are the private aviation company that knows them and takes care of them the best. With the continued support of both Directional Aviation and our loyal client base, we see 2013 as another banner year."

Flight Options has been doing well over the last few years. It is one of the few private aviation companies to be profitable on an operating basis in each of the last four years. When we talked to the company back in 2011, they were seeing growth coming out of the recession.