The jet membership and charter provider has grounded its whole fleet of light jets. Putting the blame squarely on the shoulders of the COVID-19 pandemic and the resulting state of emergency.

JetSuite was founded in 2009 and had its own fleet of Phenom 100 and Phenom 300 light jets. The 1,200 nm range Phenom 100 had a primary operating area in the western US, while the larger, longer range Phenom 300’s would travel all over the country. Company CEO Alex Wilcox had been a founding executive of JetBlue Airways, and JetBlue was an investor in JetSuite, while Qatar Airways also became a minority investor in 2018. 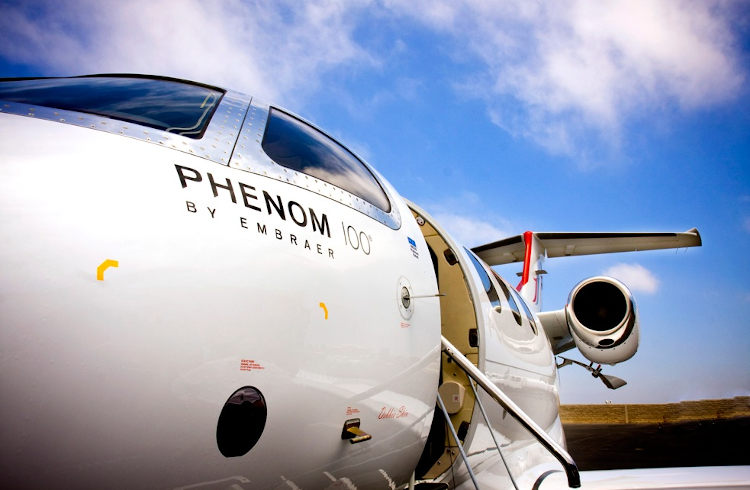 The coronavirus pandemic has significantly lowered the demand for all private aviation. In the case of JetSuite, the CEO Alex Wilcox told Skift on March 25th “The thing that we are in business to do has disappeared. Or at least 90% of it has disappeared.”

Then since April 15, 2020, the Jetsuite website has effectively been taken offline, with just a holding page that says “please accept our deepest apologies for this sudden, but unavoidable and necessary, cancellation of all flights until further notice.” It goes on to say that most crew members are furloughed.

This leaves the members of the SuiteKey program with a problem. They have money on deposit at JetSuite but cannot use it to fly anywhere, because the planes are all grounded. SherpaReport talked to one rather frustrated member in exactly this situation, who was already looking at alternatives. It’s still unclear at this stage what will happen to those deposits.

One key item to take away from this situation is the need for an escrow for membership deposits. Not all jet card and membership providers offer them, certainly not as standard. But as we slowly get back to normal, if you are looking at jet cards and memberships over the coming months, then ask about an escrow. Even if there is an extra fee, it may well be worth it in these untested times.

(Note, JetSuite has a sister company, JSX (formerly JetSuiteX), which operates as a regional airline. It operates 30 passenger Embraer ERJ aircraft among seven destinations in the western US, utilizing private jet terminals to minimize the check-in and onboarding times. JSX is currently operating a reduced flight schedule.)

Update: JetSuite filed for bankruptcy on 28th April 2020, with debts of between $50m and $100m, owed mainly to SuiteKey members.