In October, JetSuite Inc. announced that JetBlue Airways had made a minority equity investment in the company. The investment is expected to help speed the growth of the JetSuiteX service. 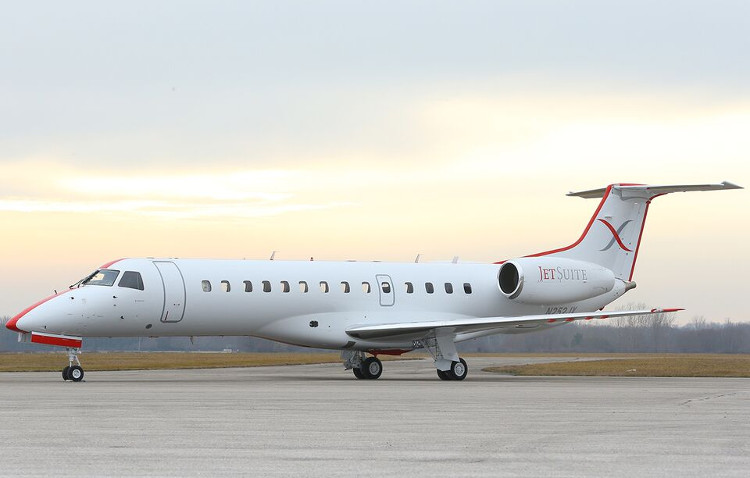 Launched in April, 2016, JetSuiteX offers seats on a number of short-haul charter flights, all of which depart from private terminals. The service currently flies jets between Las Vegas, Bozeman, MT, and Burbank, San Jose, and several other California destinations. Additional destinations are promised in the near future. When buying a seat on one of these charter flights, passengers can enjoy some of the benefits of private aviation – no lines, quick check-in, free baggage, etc. – at a fraction of the cost. A one-way flight between Las Vegas and Burbank can cost as little as $79. Unlike many competitors in the industry, customers do not need to pay a monthly membership fee.

The Embraer E135 (pictured above and below) is the main aircraft used by JetSuiteX. It has 30 seats with a 36 inch seat pitch, full flight attendant service and free onboard WiFi. JetSuiteX also offers the E135 as a private jet charter at rates around $8,000 per hour.

Alex Wilcox, CEO of JetSuite and one of the founders of JetBlue, says of the investment: “We are delighted to have JetBlue join us as a strategic partner and shareholder. The partnership will allow us to accelerate our growth, and we are excited to work together to deliver new and unique experiences for all JetSuite and JetBlue customers.”

Meanwhile, JetBlue CEO Robin Hayes says, “JetBlue and JetSuite share a passion for delivering a high-quality customer experience at a competitive price point in underserved markets. Our investment in JetSuite makes sense as we continue to execute on our west coast plan and invest in innovative ideas that reflect the disruptive spirit of JetBlue.”

Members of JetBlue’s customer loyalty program, TrueBlue, can earn points on JetSuiteX flights, and the two companies are exploring further ways to encourage crossover between the customer bases. 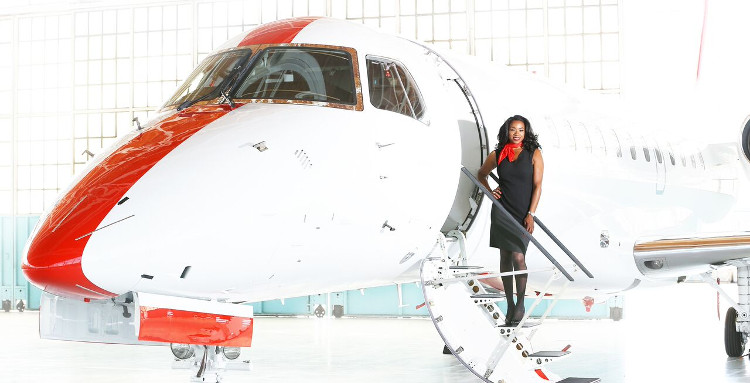 Headquartered in New York, JetBlue is American’s fifth largest commercial airline. It was founded in 1999 with the intent of “bringing humanity back to air travel”, and the company prides itself on offering low-cost travel with excellent amenities. The airline now flies more than 35 million customers a year between 97 cities in the US, the Caribbean, and Latin America.

JetSuite was launched in 2009 and has since risen to become one of the largest and fastest growing private jet companies in the US. JetSuite is IS-BAO certified and carries a Platinum ARGUS rating.