Jet It Expands Overseas and Adds to US Fleet

Since SherpaReport first took a look at fractional jet provider Jet It in 2020, the company has gone from strength to strength. Last year, the company announced plans to expand into Canada, Europe, and Southeast Asia. Jet It was the recipient of the Aviation International News 2021 Top Flight Award for Charter, Fractional, and Jet Card Innovation. Meanwhile, Ernst & Young named company co-founders Glenn Gonzales and Vishal Hiremath the 2021 Southeast Entrepreneurs of the Year. Read on for the latest news about Jet It’s continued growth and some new additions to the fleet. 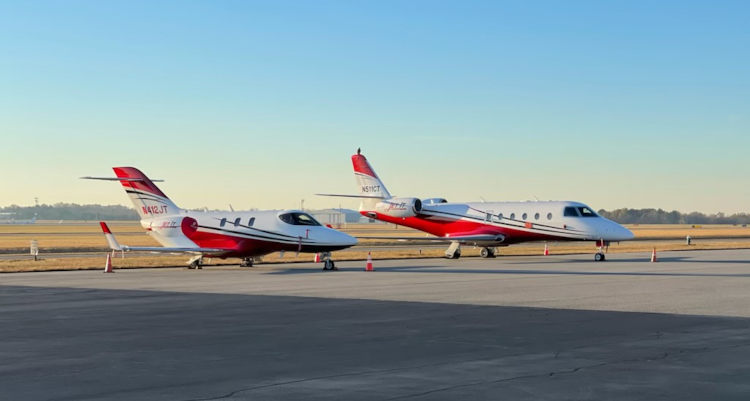 Jet It built its original fleet around the HondaJet Elite light jet and the company has become Honda’s largest aircraft buyer and operator in the world. The Jet It US fleet consists of 22 HondaJet Elites with a 23rd arriving this month and overall Jet It owns 10% of the global HondaJet Elite fleet and has amassed an impressive 29,000 flight hours in the aircraft in just three years of operations. More recently, two Gulfstream G150 jets have been added to the company’s roster of fractional aircraft.

The Gulfstream G150 is one of the fastest midsize business jets, has a range of 3,130 nm and executive seating for eight. These features make the Gulfstream G150 ideal for both business and leisure flights between the East and West coasts. Jet It CEO Glenn Gonzales says that the addition of the G150 has helped them to expand their capabilities:

“Our shareholders would sometimes call and they might be, on occasion, looking to fly with more passengers or fly across the country. They want to take their kids and their grandkids. There’s 6 or 7 people and they can’t all fit in the HondaJet, or if they can, they need to stop twice to get somewhere.”

The company had previously contracted with outside brokers for those clients needing either more passenger room or longer distance travel than the HondaJet Elite could provide. However, all too often, Gonzales says the clients would love the aircraft but missed the excellence of service provided by a Jet It crew. “It was a different experience for them,” he said. So, he decided to expand the company fleet as an alternative to chartering with brokers. The new additions have been a marked success - fractional shares of the G150 have already sold out - and Gonzales says he is exploring further options for expansion.

Expanding Jet It and JetClub Europe

In 2021, Jet It expanded its service into Canada in partnership with Sky Service. Gonzales says that the partnership is going very well. The Canadian fleet acquired its first dedicated HondaJet aircraft last year, shortly after the expansion was announced, and there are plans to add three or four more within the next year. The company has dedicated Canadian support staff and recently participated in its first Canadian air show and convention. 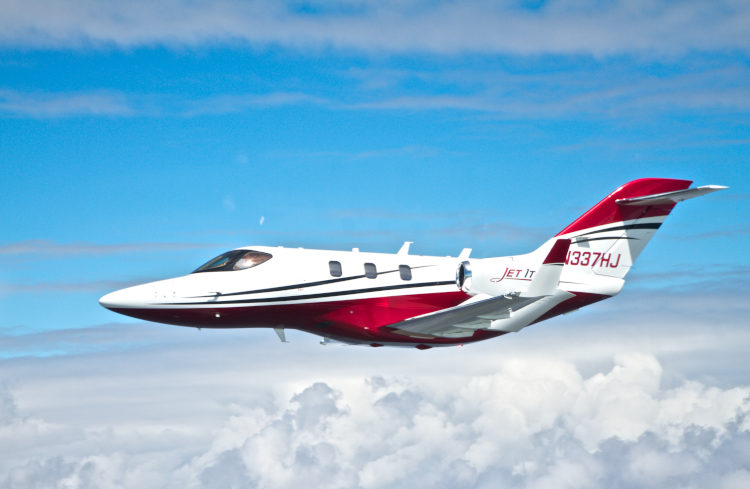 Meanwhile, across the Atlantic, JetClub Europe has announced plans to add the electric eFlyer 800 to the European fleet by 2025. The all-electric twin turboprop will enable the company to offer a more sustainable, environmentally friendly travel option to members. It will be able to carry up to seven passengers with operating costs that are just one-fifth of those for a traditional twin turboprop. And with a 500 nm range, it is ideal for commuter hops around the continent. Jet It co-founder and JetClub CEO Virshal Hiremath has said that he expects it to be a key addition to their fleets in Europe and Southeast Asia. While specifics about the order are not available, Gonzales says they have an order for “a very large number of electric aircraft”. The eFlyer is not yet certified and so its introduction remains several years away. However, Gonzales says that the company is “always mindful of the environment and always mindful of the direction the aviation industry is moving” and so they want to ensure that they are prepared for those changes.

In other developments, Jet It has established its own in-house FAA Part 145 maintenance and overhaul facility in Millington, TN. Previously the company had partnered with Honda for all maintenance needs. As the company has grown - employee numbers are expected to pass 200 by the end of Q2 2022 - Gonzales says it is more efficient for them to have their own specialized facility. They have completely gutted and renovated a 40,000 square-foot hangar to create the facility and be able to service their aircraft more efficiently.

Jet It has also begun to offer aircraft management services for HondaJet owners and Gonzales is very pleased to welcome Shelbey Hooker to the Jet It team as Director of Aircraft Management Services. Hooker was named one of the NBAA’s Top 40 Under 40 in 2021.

The company maintains a strong commitment to giving back to the community. Gonzales was recently the keynote speaker at the graduation ceremony for the inaugural class of the Redtail Flight Academy, a youth flight training program that honors the legacy of the Tuskegee Airmen by providing opportunities for aspiring aviators of color.

When asked what is next for Jet It, he said, “We want to keep improving our service.” He adds, “We have a responsibility to our members, our staff, and our communities and we remain mindful of that.”