George Antoniadis on Growth at PlaneSense

SherpaReport sat down with George Antoniadis, the founder and CEO of PlaneSense, to discuss recent growth and expansion in their fractional aircraft programs. The company operates both the Pilatus PC-12 turboprop and PC-24 light jet and has been adding new aircraft to its fleet. 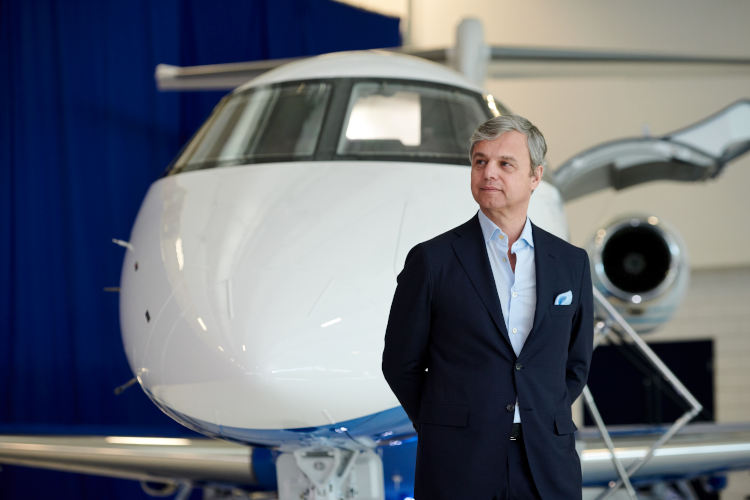 George Antoniadis launched PlaneSense in 1995. The company has grown to operate the largest private fleet of Pilatus PC-12s in the world, and in 2018 took delivery of the world’s first Pilatus PC-24.

Overall, the company performs about 35,000 flights per year, making it one of the largest fractional aircraft operators. It is headquartered in Portsmouth, NH, and the planes can be found conducting missions across the United States, Canada, Bermuda, the Bahamas, the Caribbean, Mexico and Central America.

“For 26 years we’ve been operating the Pilatus and feel we get the best out of this airframe” George Antoniadis told SherpaReport. There’s clearly a close relationship between manufacturer Pilatus and operator PlaneSense, with George saying that they provide Pilatus with feedback and they take this on board to make improvements to the planes.

He added that they received their 75th PC-12 this month and will have almost forty PC-12s in the current fleet (after disposals over the years), and then expect to add six more in 2022. They will also add one more PC-24 this year, bringing their total to seven of the light jets and expect to end 2022 with around 10 of the jets in their fleet.

In terms of flight hours, George noted that 2021 is exceeding 2019, so they have very much bounced back from the pandemic, just like other operators. As noted above, the owners fly all over North America, and some will do cross country trips, in both planes, although both need stops to refuel along the way.

Several years ago, PlaneSense had added some Nextant 400Xti’s to its fleet, while it waited for the first PC-24’s to arrive. They were used as upgrades for the PC-12 owners, if they needed a jet for one off flights. With the arrival of the Pilatus jets, these Nextants have been sold and just one, awaiting sale, remains at the moment.

PlaneSense has been based in the Northeast since it started and has built up its operations, including its own maintenance capacity, with a sister company Atlas Aircraft Center that maintains the PC-12s and PC-24s.
In a significant new move the company has opened a maintenance facility at BVU, Boulder City, NV, which will also act as a base for some of the PC-12s.

This new expansion marks a change for the fractional owners, because from October 1st 2021 PlaneSense has removed surcharges for travel to all western states when flying on the PC-12s. Put another way, the company has expanded its primary service area, or ferry free area, to include all of the 48 contiguous states. It previously had a surcharge for travel beyond western Colorado. Owners can also fly into parts of Canada eg to Vancouver, with no surcharges.

George explained that PlaneSense had hired new staff for this new location and had brought them out to Portsmouth for training. “We really invest in the whole value chain for the product” said George, noting that the new facility had increased the overall maintenance capacity. Then commented “We’ve also spent millions in training materials” adding that the CEO for Pilatus had looked at the PlaneSense internal training and very much complemented the company on its depth, rigor and detail.

The company has always been focused on offering fractional aircraft ownership, which is a contrast to most other fractional providers who also sell jet card programs that use their fleets. At the start of 2021, PlaneSense did briefly introduce the Cobalt Pass, effectively a 25 hour card program, but suspended this in the summer as fractional demand increased. Note that many other card programs have also been put on hold this summer and fall. George stated that most of the customers who bought the cards subsequently bought fractions.

As demand has more than bounced back, PlaneSense has been out hiring. In addition to the maintenance staff for the new NV location, they have added quite a lot of pilots. In 2020 they brought about 50 pilots on board, and over this summer were hiring at the rate of 10 -12 pilots a month. All these new hires are already experienced pilots but still spend about a month training in Portsmouth, NH before they fly the company planes.

“People join the team and keep going, and going and going” stated George, pointing out that several of the staff had been there for 20 years and many more had been at PlaneSense for over 15 years. Some of the pilots have been with the company for over 20 years, which is somewhat unusual, since pilots often like to fly bigger planes as they get more experience.