Fractional Ownership of the Pilatus PC-12 in Europe

Frequent flyers based in Europe can own a share in a Pilatus PC-12 through Jetfly’s fractional ownership program. This article offers an overview of the program’s benefits and features, as well as some background about Jetfly. 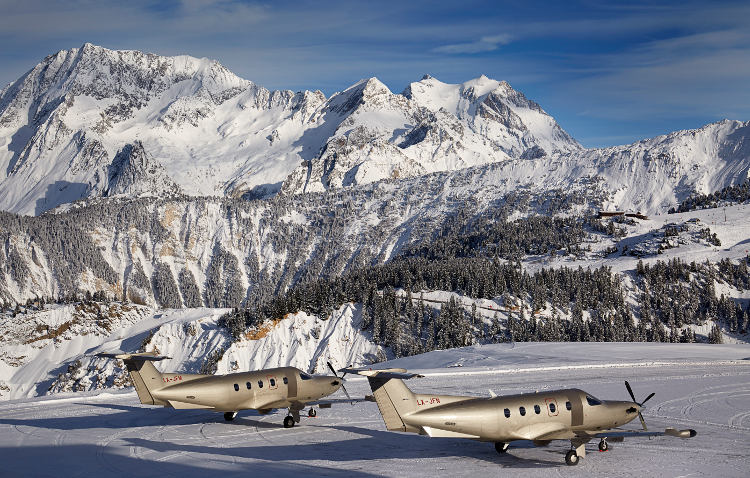 The Pilatus PC-12 has a reputation for excellence when it comes to performance, flexibility, and design. European Business Air News has praised it as offering “the benefit of a luxury jet with the capabilities of a true workhorse.” Since the single-engine first entered service in 1994, Swiss manufacturer Pilatus Aircraft Ltd. has delivered more than 1,500 PC-12s. Despite its smaller size, the PC-12 offers the type of comfort and high-level equipment that you would expect to find on a much larger jet. Something that makes it particularly attractive is its versatility. It can land at larger international airports but can also handle smaller airports and private airfields, thanks to its short landing field capabilities. Jetfly notes that this gives the PC-12 access to 3 times more airfields in Europe than many equivalent size aircraft. For example, Jetfly owners can fly directly into Courchevel in The Alps or La Mole in St. Tropez instead of needing to travel to larger airports further away.

The Pilatus PC-12 has a maximum range of 1,845nm and a top cruising speed of 285KTAs. The aircraft features 330 cubic feet of cabin space. The extra-large cargo door makes transportation of bulkier equipment such as skis or golf bags a piece of cake. While Jetfly uses a seating configuration that allows for 6 passengers, up to 8 passengers can be carried on short flights (with restricted luggage).

See this earlier article for further stats and information, and for comparisons of the costs if you owned your own Pilatus PC-12. 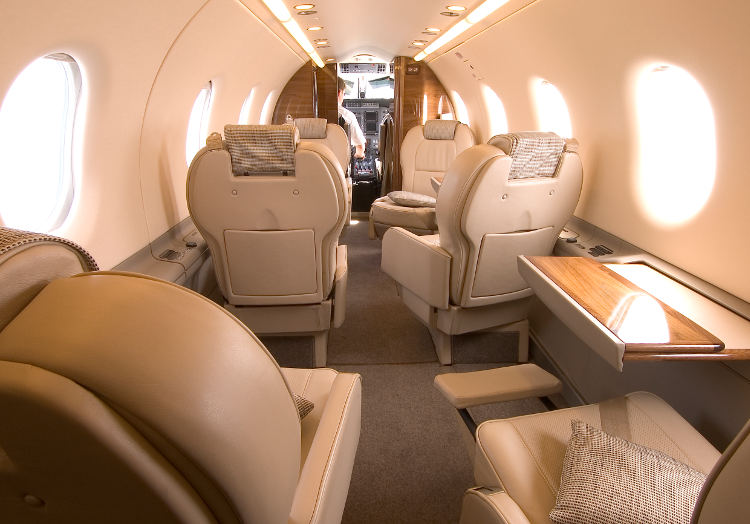 Under the terms of the Jetfly program, owners have 24/7 access to the company’s fleet of 22 identical Pilatus PC-12 aircraft. Access is guaranteed 365 days of the year. Once the Purchase and Management Agreement with Jetfly has been signed, you are officially a fractional owner. As such, you can simply call their reservations desk at any time, day or night, to make your travel plans. The amount of notice required varies from 18 to 48 hours, depending on your share size. Typically, within 24 hours your plane is available for departure from anywhere in Europe.

The service zone covers all of Europe. However, for some countries outside of Central Europe, operational costs may be higher, which will be reflected in billing.
Fractional contracts are for 10 years. After five years, owners can leave the contract with zero penalties. At the end of the ten-year period, the aircraft is sold. All shareowners then receive the residual value of their share. From an investment perspective, it is worth noting that the Pilatus PC-12 has one of the lowest levels of depreciation of all aircraft in the private aviation market.

Furthermore, owners are spared the hassle of the operational and maintenance concerns; Jetfly takes care of it all. There are no hidden costs and no additional fees for repositioning or empty leg flights. Owners only pay for the time on board. And if you want to bring your pet along, that is not a problem. Jetfly is approved by DEFRA (the Department for Environment, Food, and Rural Affairs) to transport pets into the United Kingdom.

Ownership of the Pilatus PC-12 with Jetfly is available at a variety of share levels. The “entry level” share is a 1/16th fraction. The upfront cost of $355,000 is in USD which is the currency used when purchasing the aircraft. After that, all other fees are in Euros, as would be expected. Owners pay a monthly maintenance fee and an hourly flight rate as with other fractional programs. These fees vary according to the size of share purchased, but Jetfly says that the 1/16th share averages out to an “all-in” rate of approximately 3,200 Euros per hour of flight time. A 1/16th share entitles owners to 35 hours of flight time per year. 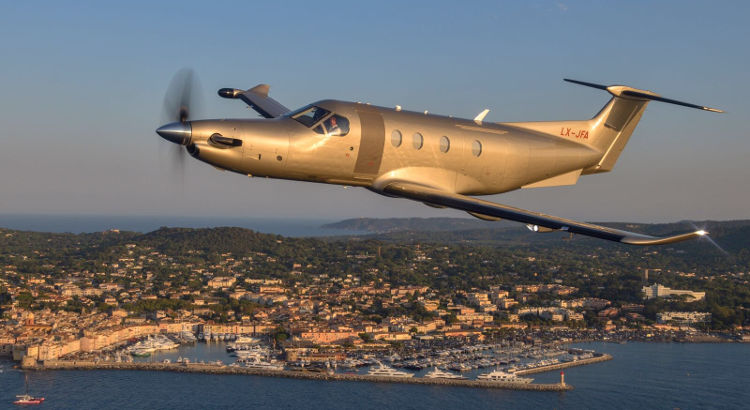 Based in Luxembourg, Jetfly has been in operation since 1999 and was a pioneer of fractional aircraft ownership in Europe. The company began with a fleet of just 3 Socata TBM turboprops, but in 2003 they took ownership of their first Pilatus PC-12. The PC-12 soon became a key part of their fleet, comprising half of their overall fleet by 2008. Two years later, Jetfly decided to focus entirely on the PC-12. In 2016, Jetfly celebrated its 100,000th flight. That same year, 2 Cessna Citations were added to the fleet. Jetfly currently has 220 co-owners, employs 160 people and has a fleet of 22 PC-12s, the largest in Europe.

Expect to soon see another Pilatus aircraft as a fractional offering with Jetfly. In 2011, the company partnered once more with Pilatus to place the largest European order for the new Pilatus PC-24 light jet. The first of the order was delivered in September, 2018. The PC-24 offers the same high-quality performance and comfort as the PC-12 but with a larger amount of space and greater speed. It is expected to totally replace the Cessna Citation in the Jetfly fleet within three years.

In North America, the largest company offering fractional ownership of the PC-12 is PlaneSense, and it is also available in programs from Nicholas Air. If you are considering buying a PC-12 see the article on the costs of ownership, in the related articles below.