Fractional Ownership of the Embraer Phenom 300

If you have chosen to go the fractional ownership route over full ownership of an aircraft and are looking at light plane options, the Embraer Phenom 300 offers a combination of savings and performance that is hard to match. Here's some of the reasons why and the options that are available. 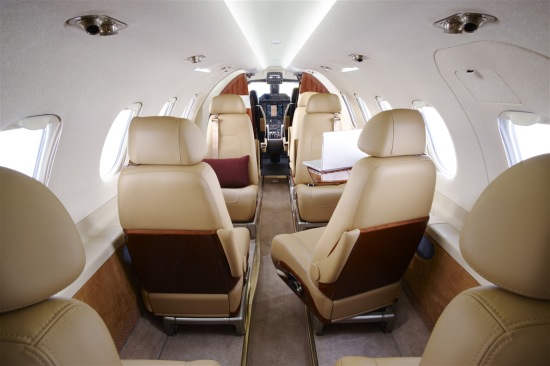 Though the Phenom 300 is a light jet, generally seating six in the fractional fleets (and up to 10 with some modifications), reviewers in publications like Flightglobal and Flying have given high marks to the aircraft's comfort, technical sophistication and solidity. The Flightglobal review says that the Phenom 300 "is as solid as a mid-sized aircraft," and finished by saying "a long-range aircraft that is dollar for dollar arguably the best light jet on the market." Flying noted its "best-in-class performance and outstanding comfort and utility".

According to reviews, the aircraft has plenty of room for luggage (74 cu.ft, 2.1 cu.m), as well as featuring amenities including a fully-enclosed lavatory, a full galley, broadband connectivity, and a drop-down LCD screen.

However, it's on the cost front that the Phenom 300 truly stands out. Fractional jet operator Flight Options, which placed a 10-year, 300-aircraft with 50-option order from Embraer in 2007, said in a 2010 press release that the occupied hourly rate of the Phenom 300 was "25 percent below our current price leader..."

Flight Options isn't the only carrier that has confidence in the Phenom 300. In late 2010, Berkshire-Hathaway-owned NetJets announced it had ordered up to 125 Platinum Edition Phenom 300s.

The Platinum Edition is being designed exclusively for NetJets. When announcing the order, NetJets Chairman and CEO, said that "This is a high performance aircraft that is ideally suited to our Owners' needs for reliability, range, interior comfort and operating efficiency." ... "It will be an excellent fit in an already diverse fleet that is unmatched in private aviation."

Executive AirShare also has Phenom 300s in its fractional fleet serving owners in the Central U.S. Pricing starts at about $580,000 for a 1/16th share which Executive Airshare measures on a daily use basis. Monthly shared expense is $4,150 and the occupied hourly rate is $1,990 with no fuel surcharges. 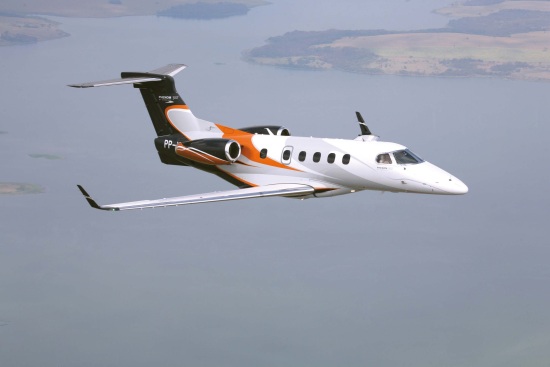 This aircraft is clearly having a large impact in the light jet category, impressing reviewers and owners alike. If you're considering a fractional share in a light jet, the Embraer Phenom 300 should certainly be on your list. As a comparison, you can read about the whole ownership costs of buying and operating an Embraer Phenom 300 in this article. There's also an article here to help you decide between fractional and whole ownership.

Editorial Update: In 2014, NetJets Senior Vice President of Global Asset Management Chuck Suma stated "The Signature Series Phenom 300 is an outstanding light jet and the fastest selling aircraft ever in NetJets fleet." Embraer has now delivered 36 Signature Series Phenom 300s to NetJets. These aircraft operate in the NetJets fleet, with fractional owners in the U.S. and Europe.