Flexjet joined the Directional Aviation Capital fold about 18 months ago and since that time has been undergoing quite a transformation. We recently caught up with Christopher Bero, SVP Marketing at Flexjet to talk through all the changes that the company has been putting in place.

Christopher explained that the company "took a break" after the Directional acquisition, but clarified that they "almost went through a dark period in terms of their marketing and messaging" and did less reaching out to the marketplace. But behind the scenes they were very busy "figuring out, re-imagining, talking to owners" and overall deciding what they wanted to do and what their customers wanted from this established private jet company. Note that Flexjet is also celebrating its 20th anniversary this year, so it has quite a history in the private aviation arena.

The results of all this activity are now being rolled out and include:

Flexjet has already announced orders for new large Gulfstreams including six G500s, ten G450s and six G650s. They accepted delivery of the first G450 in June and the first G650 is scheduled to join their fleet in early 2016. They will be the exclusive fractional provider offering this aircraft.

They have also brought the popular Phenom 300 into their fleet and expect to add 31 new jets across the board in 2015.

Overall they are making a major investment in their fleet, with firm orders for 207 new planes and options from Bombardier, Gulfstream and Embraer that could bring the total number of aircraft to 445, an investment that potentially could top US$8 billion. 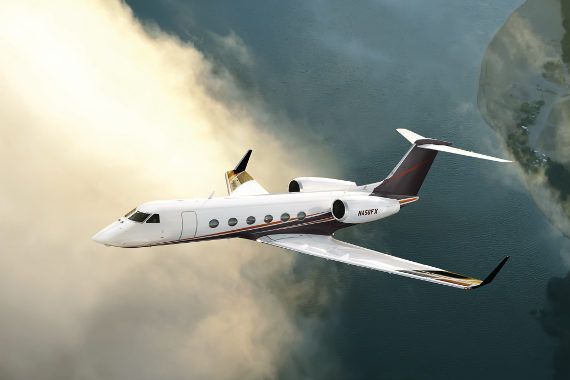 If you look through the Flexjet fleet you'll see some of the aircraft already have an LXi designation. Christopher said this stands for "luxury interiors". For instance on their Bombardier Globals they put in a 42inch TV with theatre quality audio. The company is going further with plans to launch a "Red Label" program and giving each plane its own" tonality and feeling" with artisan interiors. In Christophers words they are "battling the beige and greys", the standard colors of aircraft interiors.

All the aircraft in this Red Label program will be under 5 years old. Owners who buy into aircraft in the program will also gain access to exclusive, member only events, including premium locations at the Masters, Pebble Beach, and the Super Bowl.

In addition a new Flexjet livery is coming, so the aircraft will include a stripe on the side and on the wings. This will change color as the light changes. And a bit of mica in the paint schemes will cause the aircraft to glisten.

"We wanted to make sure we had something that was fresh, premium and unique" said Christopher "we took time to look at the fine details, It's all about creating an impact, so we are going to turn people's heads." 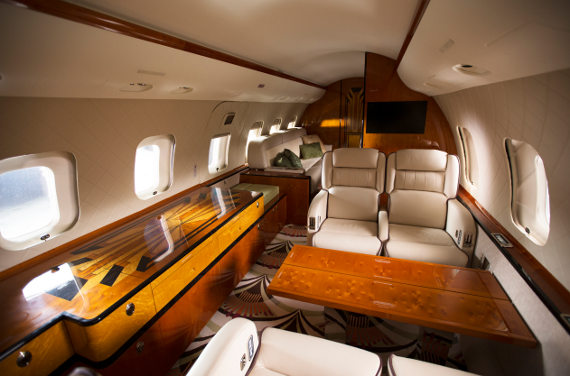 For the first time the company will be launching its own FBOs. The initial locations are White Plains NY, Naples FL, and then Arizona with the first one opening at the end of this year. This will mean that Flexjet customers can relax in a Flexjet lounge before or after their flight.

In an industry where pilots and co-pilots typically move around between aircraft of a given type, Flexjet is moving to having crews dedicated to a tail number. So both captains and other crew members will always fly on the same aircraft.

The company recently relaunched its website with a brand new design that offers 3D views off all the aircraft in the fleet. The idea is to provide an online equivalent of an aircraft showcase so that you can walk in and see all around.

All these changes seem to be having an impact. Mike Silvestro, CEO of Flexjet recently noted that flying activity was up 10% year over year.