AAG was acquired by Flexjet parent Directional Aviation in 2021. The new division will provide on-demand transportation regionally, as well as last-mile transport for owners of Flexjet aircraft traveling from airports to their final destinations. 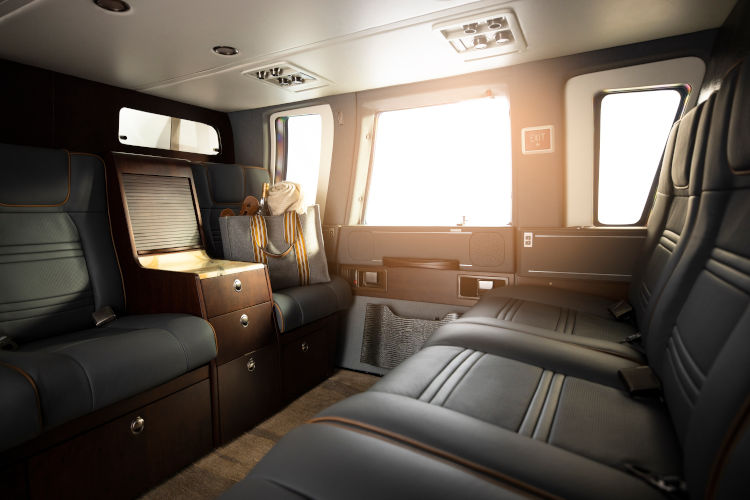 The Sikorsky S-76 is a twin engine helicopter with a range of 300nm, an endurance of 2 hrs 30 min and cruising speed of 155 knots. It is one of the most respected and longest running-production helicopters, with a heritage of more than 40 years and 7.5 million hours of safe flight. According to Lockheed Martin, parent company of Sikorsky, ten countries rely on the S-76 for the Head of State mission.

Flexjet has made the interiors part of its LXi Cabin Collection, giving them supple upholstery and seating for up to 6 passengers. There is also baggage capacity of 38 cubic feet, which is enough room to accommodate 4 standard golf bags + duffels.

Flexjet’s Eli Flint has been promoted to President of the new Flexjet private helicopter division, leading the nearly 50 former AAG sales managers, mechanics, operations team members and pilots. He brings more than 25 years of aviation experience to this new role and is type rated in several business jets. Flexjet expects the division to grow domestically and in Europe over the next five years as point-to-point vertical aviation demand increases worldwide.

“This brings the same level of safety, resources and style to rotary aviation as Flexjet offers in jets,” Eli told SherpaReport, adding “and is especially a benefit to our large cabin customers.”

Flexjet fractional owners who own shares in the ultra-long range Gulfstream G650 will receive free flights in the S-76, with the free flights being retroactively applied to all G650 owners. For instance, a 100-hour share receives 4 complimentary airport transfers per year. 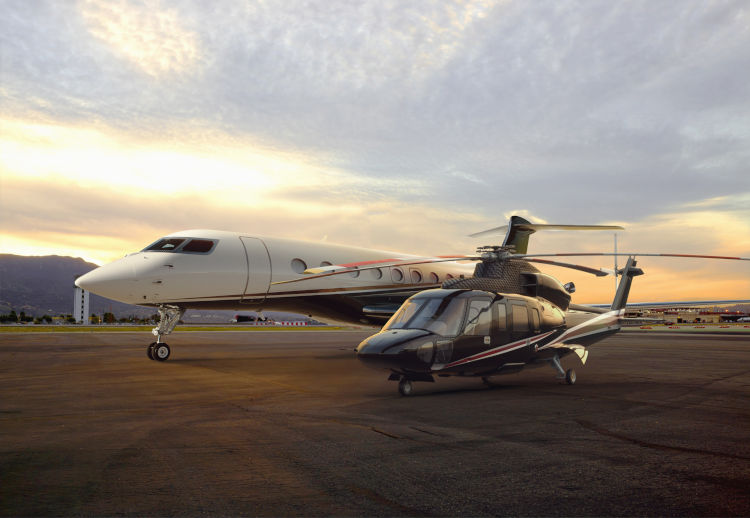 Flexjet is offering the S-76 under both fractional and lease programs. With both types of programs providing 25 hours of use per year and the aircraft can be available with 24 hours’ notice.

Directional Aviation also acquired helicopter operator Halo Aviation in the UK last year, which means the group has helicopters based around London. The owners of a fraction or lease can use their hours in both the US and in Europe, with an exchange rate adjustment for the hours used. So, in practical terms this means a Flexjet customer could be picked up locally in a helicopter in the UK, flown to an airport to meet a large aircraft such as the G650, fly across the Atlantic, then at the other end jump in another helicopter for a local transfer right to their final destination.

The road traffic variability and congestion are well known in cities such as London and New York, so the relative speed, ease and reliability of a helicopter transfer bring significant peace of mind. Commenting on this door-to-door travel solution, Eli said “We take the one hour or 1.5-hour uncertainty out of the equation.”

For customers who want to try out the S-76 service, Flexjet also offer an introductory (jet) card for 5 or 10 hours at an all in fixed hourly rate, and also offer on-demand charter with no long-term commitments.

The core market for AAG was New York and the North East and this is the initial core starting region for the new Flexjet helicopter division. But Flexjet is also expanding operations with plans to operate a seasonal service around Miami and South Florida. Eli Flint explained that initially this service will run from about Thanksgiving to Easter, but eventually expects to have full time operations out of Miami.

He gave the example of someone who may fly into Miami on a larger plane and then take a helicopter to “go to one of the Florida Keys, land in a parking lot and get on their boat.”

As Flexjet rolls out this new service they are spending a lot of time talking to their current owner base. “We’ve had conversations with people who think they can’t use 25 hours a year, then they start adding up the hours of all their trips and realize that it will work for them,” said Eli. He proceeded to give examples of some typical trips, such as to a private estate in say Rhode Island, or to the soccer field of their children’s private school or to their rural farm. For new destinations, Flexjet has a “Landing Zone Survey Team” which checks out potential landing spots. But if the destination has been used before then the survey is not necessary.

Flexjet Chief Executive Officer Michael Silvestro noted “Today, more and more travelers are seeking an alternative to crowded forms of transportation – opting instead for easier, safer and less stressful options from beginning to end. In addition, this enhanced segment of the Flexjet experience allows our clients to become even more productive with their time.”