Drop in Used Business Jets for Sale in 2013

JETNET, a provider of corporate aviation data and information, recently released 2013 year-end results for the pre-owned business jet, business turboprop, helicopter and commercial airliner markets. The data continues to show a buyer's market, but with a continued drop in for-sale inventories across all pre-owned market sectors with the exception of turbine helicopters. 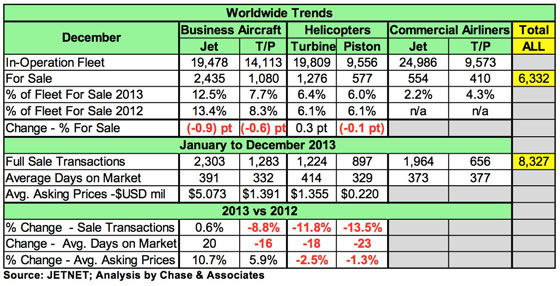 As this chart (below) from JETNET shows, pre-owned business jets for sale dropped from 13.4% in 2012 to 12.5% in 2013. The past nine 9 years, from 2005 to 2013, were a buyer's market, based upon the definition of 10% or higher percentage of the in-operation fleet of business jets currently for sale. In 2008, after the economic collapsis and banking crisis, there was the largest increase in for-sale inventory percentage. The percentage has been decreasing since that high in 2008, but this is primarily due to the growth of the in-operation fleet numbers, rather than a decrease in the for-sale numbers. In other words, the absolute number of jets for sale, at 2,435, is still 50% above the pre-recession levels of about 1,600 aircraft. 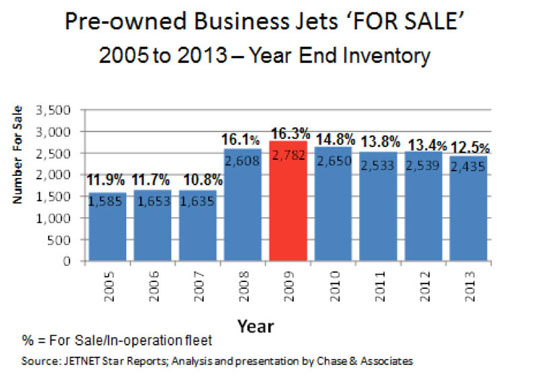 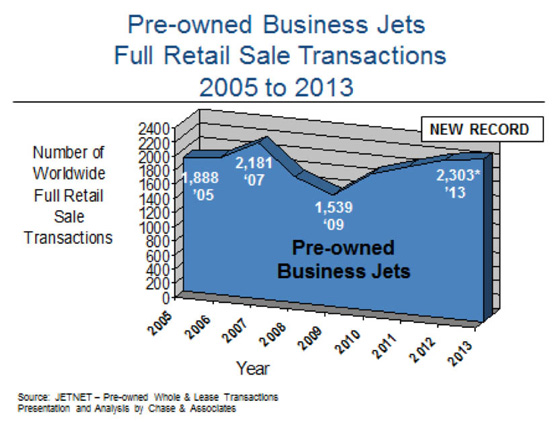 The lightweight class has shown a decline of 4.2% fewer transactions, in comparison to the other classes, which showed increases. 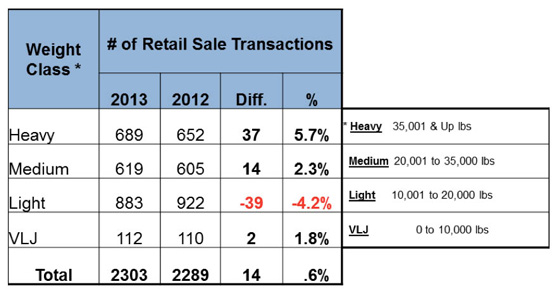 We'll be following these trends in the upcoming year. If the decrease in aircraft for sale continues, current fractional aircraft owners should benefit as they will see an increase in share prices at the end of their agreements.

Read this article for details on the increase in new business jet sales in 2013, including a breakdown of sales by the major manufacturers.