The Costs to Own and Operate a Pilatus PC12

Pilatus announced the development of the PC-12 at the annual National Business Aviation Association (NBAA) convention in October 1989. Pilatus believed that the PC-12 would fit a new market not served by existing aircraft, namely the King Air series aircraft, and it would be the first single-engine, turbo-prop aircraft capable of a large cabin volume, flying at high speed across long distances.

Few ever thought the PC-12 would become the success it has particularly with the Owner flown entrepreneur crowd. Clearly, Pilatus proved a lot of people wrong regarding its potential for success having produced over 1,500 aircraft since entry into service in 1995. Its popularity and versatility have earned it a place in other roles such as cargo, air ambulance, and government special mission applications.

Since introduction, the Pilatus PC-12 has gained a reputation for outstanding performance, reliability, and operational flexibility, and Pilatus has continued to evolve its performance and technology. Its ability to land on short and unimproved runways and its low operating costs certainly make it a top choice for aircraft owners. It is certified for single-pilot operations, but it is also possible to have a second flight crew member. It has a 330 cubic foot pressurized passenger cabin with seating for up to 9 passengers.

The main cabin is 16ft 9in (5.10m) long and 4ft 8in (1.42m) high. It can be configured to carry up to 10 passengers but is more typically configured as 6-7 passengers in business club seating. On board Wi-Fi can be installed as a retrofit system from GoGo, and low-cost in-flight entertainment (IFE) solutions can make flights productive and entertaining. 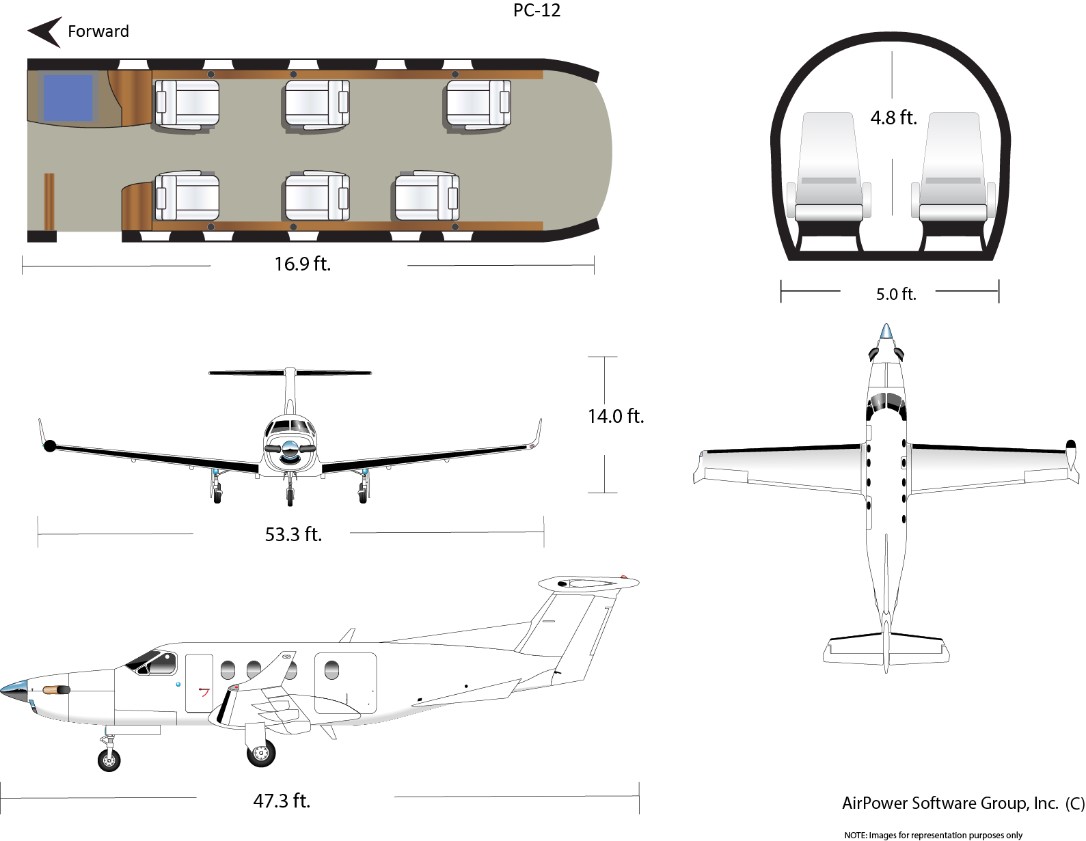 The PC-12 has a NBAA IFR Range of 1,429nm as depicted on the range map (below), and a maximum payload of 2,257lbs. High-speed cruise performance is 270kts or 310mph, or a very respectable long-range cruise performance of 202kts or 232mph for maximum fuel efficiency. 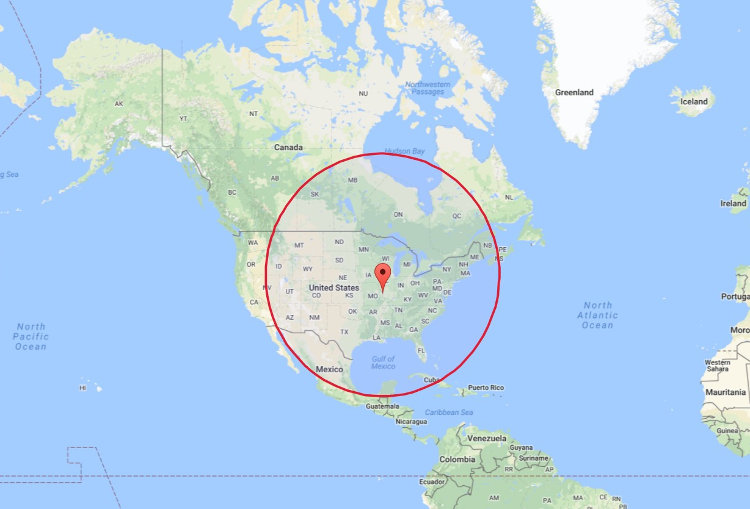 The maximum operating ceiling is 30,000ft, at 5.8psi cabin pressure, which is sufficient to not only get you over most weather conditions, but also get you to your destination comfortably.

Direct Mission Costs include a bundling of mission fuel consumed as noted in the aircraft’s flight manual, maintenance labor, parts and reserve costs (Variable Costs), apportioned to the actual flight time for the listed NM mission length. Fuel price used for this analysis is based on a nationwide average price of $5.04 per gallon for Jet-A. The fuel consumption figure accounts for taxi, takeoff, climb, cruise, descent, and landing for the applicable mission as appropriate for the aircraft category.

These costs must be borne by a flight department irrespective of the level of aircraft utilization. Included are salaries for Flight Crew (exclude if owner flown); pilot annual training, hull insurance cost computed by multiplying a liability factor per $100 of hull insurance; and liability insurance based on $25M in coverage.

These expenses are directly related to the operation of the aircraft and are represented as an hourly cost figure. Included are Fuel Expense, Maintenance Labor Expense, Parts Expense, Engine, Avionics and Propeller reserves expenses as appropriate. The basis for the figures reported is actual operator experience compiled by AirPower Software. Parts, labor, and reserves are predicated on the assumption that the aircraft is no longer covered by the manufacturer’s warranty.

The above data is supplied by AircraftBudgetAnalyzer. Their suite of powerful costing tools let you fully customize these numbers to model your own operating requirements. They also offer a free demo of the aircraft costing platform.