The G450 replaced the G400 in the Gulfstream line up. The G400 had grown out of the Gulfstream IV (GIV), which first entered service in 1987 and set several world records in its class. 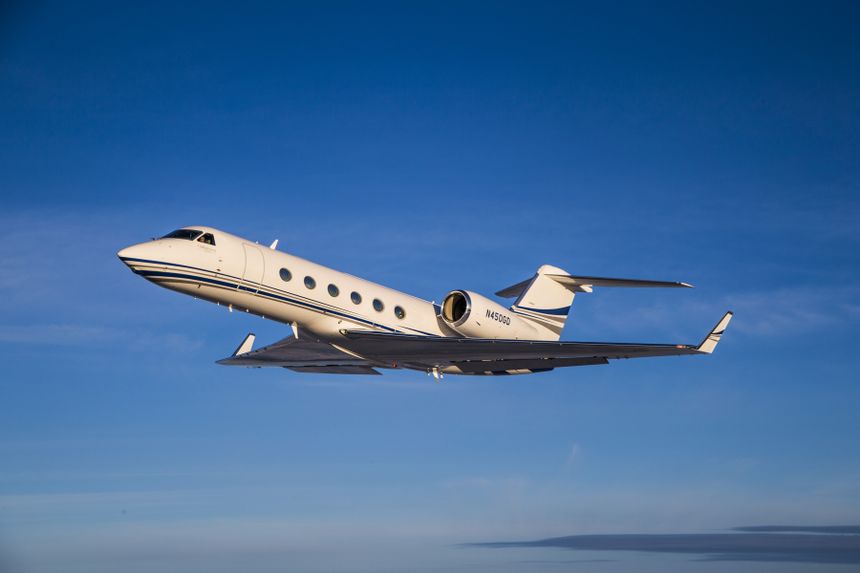 A new Gulfstream G450 will currently cost between $38m to $43m. A pre-owned model will typically cost anywhere in the $14m to $35m range. A model built between 2006 and 2009 can be found for approximately $15m, while a newer model, from 2011 or thereabouts is typically in the $20m to $25m range. Prices of pre-owned aircraft will vary according to age, use, maintenance, records, and the level of upkeep.

A satellite phone, wireless local network, and multifunction printer are all standard, as is the 7-channel Honeywell satellite communications system. Advanced sound suppression reduces cabin noise by an additional 18%, compared to the aircraft’s predecessors, while the specially-designed oval windows double the amount of natural light in the cabin (as compared to comparable aircraft in its class). The designers of the Gulfstream G450 have also optimized fresh air circulation and cabin pressure in a way that reduces in-flight fatigue, thereby ensuring that you will reach your destination feeling refreshed and productive. 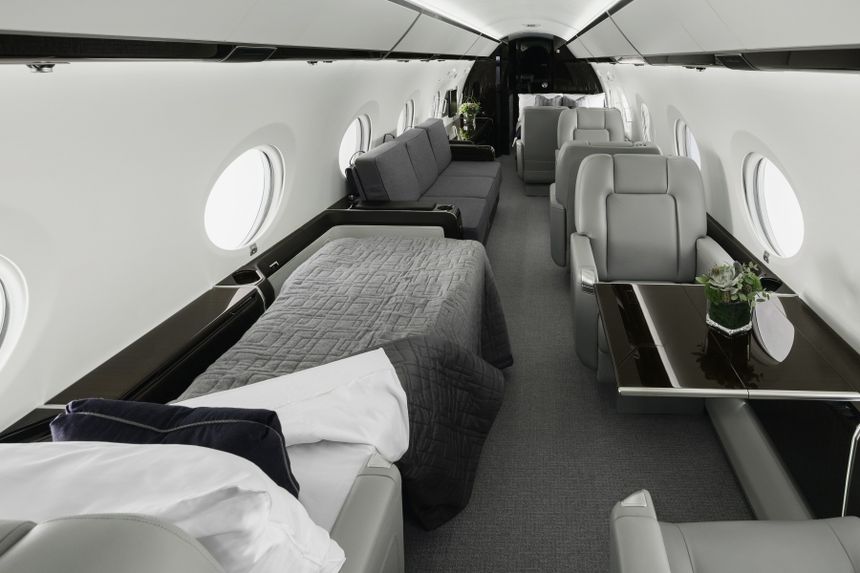 The cockpit uses the Gulfstream PlaneView avionics system, which is based on Honeywells Primus Epic integrated avionics system. The cockpit is equipped with some of the most advanced current technology, including 4 display units, an Enhanced Vision System, and a Head-Up Display. A Synthetic Vision-Primary Flight Display is available as an optional extra.

Here are the costs you should expect with ownership of a Gulfstream G450. All figures used are provided by Conklin and de Decker.

The variable costs of operating a Gulfstream G450 vary according to the number of hours operated and distance traveled. Assuming 423 operational hours per year, and 175,000 nautical miles traveled, annual variable expenses of $1,616,591 can be expected. The largest of these variable expenses is fuel costs, estimated at $2,280 per hour from a total variable cost of $3,822 per hour. The table below shows the breakdown of variable hourly costs and assumes a fuel price of $4.41 per gallon and a usage of 517 gallons per hour. Maintenance labour charges are assumed to be $105 per hour, with 1.12 maintenance hour required per flight hour.  Details are shown below:

As with any aircraft acquisition, the decision to purchase a Gulfstream G450 as opposed to a fractional aircraft ownership or a jet card should be made after carefully considering your needs and reviewing the alternative options.  This article has a step by step guide for buying an aircraft.