Where Are The Bargains in Used Private Jets?

As an aircraft broker, it’s not unusual for a buyer to expect you to find them a “distressed” aircraft and there are still plenty of buyers out there who think that every seller is desperate. However, the reality is that the market has changed and there are far fewer owners who want to sell “at any price” but there are some great buys available.

So, with that in mind, how do you find the best buys?

Watch Out for Upgrades

You can buy a jet for $500k or less but that’s not where it ends because the costs of keeping an older aircraft can be more than a little scary if you have been poorly advised on the purchase. For instance, with NextGen avionics upgrades required before 2020 you are guaranteed some sizable expense over the coming years, on top of routine maintenance. If you choose not to comply, the alternative will be to end up flying inefficiently at low-level, if at all.

Here’s a bit of background on this coming upgrade requirement. Every so often the regulating authorities come up with major steps forward and the next big one is known as ADS-B Out (or Automatic Dependent Surveillance-Broadcast). This FAA mandate has to be complied with by January 1st 2020 and will ensure that each aircraft is communicating its exact position with Air Traffic Control without being prompted. Bringing your plane into compliance with ADS-B could cost you anywhere between $60k and $1.2m, depending upon the aircraft and the installed avionics. So when you are looking at used aircraft it’s important to know about this requirement as well as any other potential upgrade or replacement costs.

Who would have thought a few years ago that you could buy a G450 for less than $10m? A Legacy 600 for less than $5m? In fact, a Legacy 600 for less than the cost of a CJ4? There are some great deals to be had but choose wisely and take good advice. The “bargain” offered by your business associate over dinner may not be all that it seems.
One thing that all aircraft have in common is that they depreciate but there again, the majority of things you buy have a habit of doing this. Property, gold, jewellery, antiques, art, classic cars etc currently being the exception. It has been a while since we have seen any real appreciation in aircraft values although the Gulfstream G650 did have a little flurry of commanding a premium soon after it was launched. There were reports of premiums in excess of 10% being achieved but this was a solitary example since the onset of the global financial crisis.

Is the key to finding the bargain a case of identifying which aircraft has fallen furthest? Is it a matter of getting the crystal ball out to work out which one might actually stop depreciating? Perhaps an aircraft with an escalating inventory? Or the one which has seen very few sales over recent months? Well, all of these might help, except the crystal ball, but the reality is that with the pre-owned market, generally speaking, once the initial depreciation has been recorded the depreciation in value is very slow. On a graph, plotting value on the y axis and years on the x axis, you’d see a steep gradient initially that slowly levels out which means it may well be a case of choosing the right age at which to purchase (see some of the examples below). 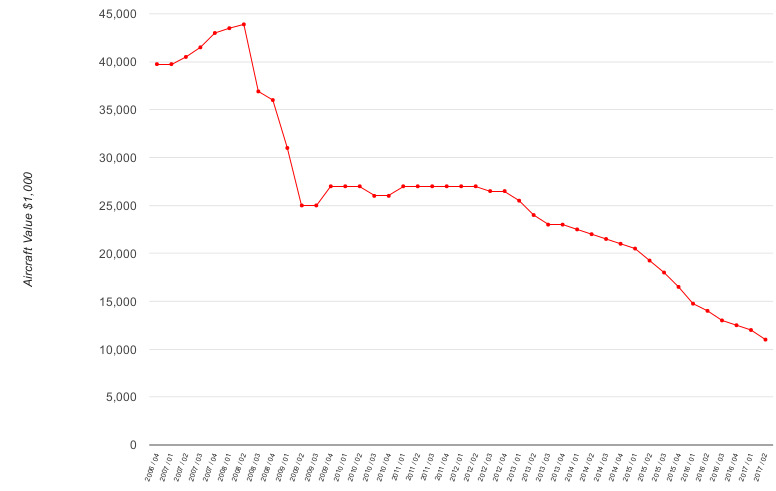 Looking forward you could expect just 2% , 3% or 4% per year hereafter. This makes such an aircraft a phenomenally good deal. But it’s not just the G450 that will offer you a great purchase price and subsequent low levels of depreciation, it’s the same for the for just about every pre-owned aircraft.

You can buy a 5 year old Challenger 605 for around 41% of its original value and 5 years on, based on current performance, you will still retain 32% of its value. Or at the smaller end of the market, a 2012 CJ2+ will be retaining 60% of its new value whereas a 2007 model retains 58%. Closer analysis of these kinds of statistics start to make the pre-owned market look very appealing. 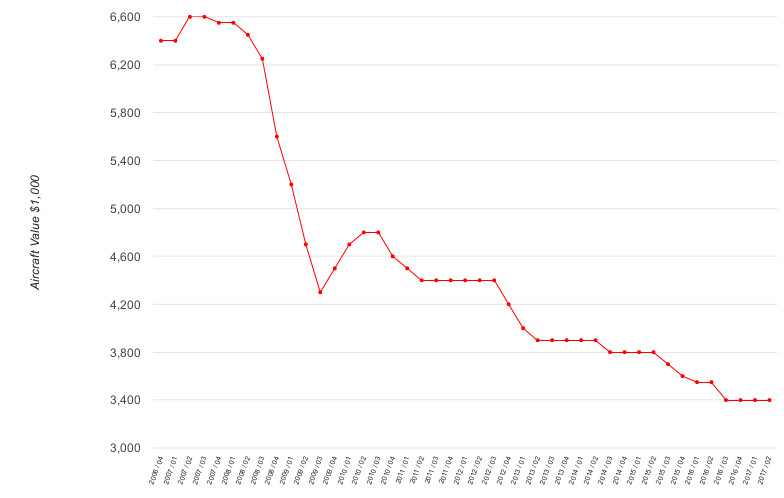 Dassault’s Falcon 7X, their top end aircraft until the arrival of the 8X, sees a 5 year old aircraft retain 52% of its new value whereas a 2007 model holds on to 43% - less than 2% depreciation per year! That’s not bad and far better than you’d account for in your balance sheet. I acknowledge that some of these variances benefit from price escalation over the preceding years but much as the manufacturers would have liked to hike prices well beyond inflation, they didn’t, so the impact is relatively insignificant. 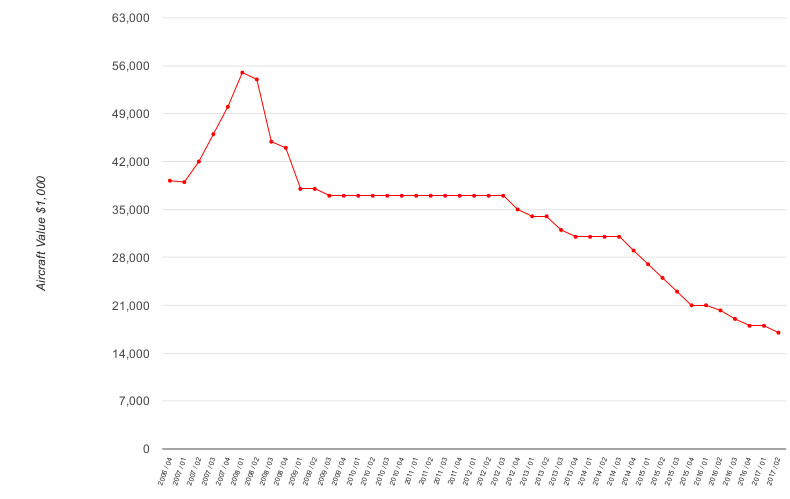 A recent JetNet IQ survey revealed that close to 50% of prospective buyers of new or pre-owned aircraft were delaying their purchase due to uncertainty over residual values. With so many alarmist headlines around, this is perhaps hardly surprising but armed with the intelligence illustrated above you may well be taking some more informed decisions. In short, there are some great buys out there and this is the only way that you’ll actually “buy time”.

Author: Tim Barber is the Aircraft Sales and Acquisitions Representative in Europe, the Middle East and Africa for Duncan Aviation.

All the pricing data and charts are courtesy of Vref Publishing.