Avantair has been a huge fan of the Piaggio Avanti P180 aircraft since it began. In fact, the Clearwater, Fla.-based, private aviation firm has exclusively provided this aircraft since the company's inception in 2003. And with its current results it appears that Avantair has picked a winner. 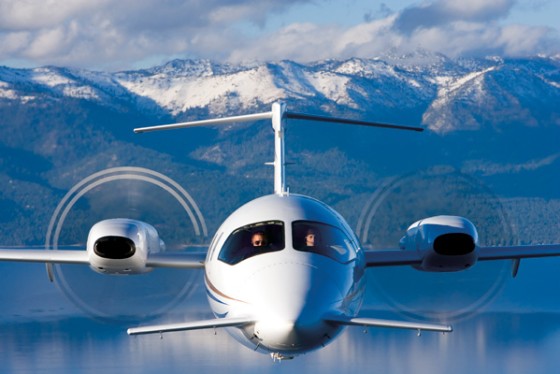 The company recently reported record revenues of $149 million for fiscal year 2011 and a compounded annual growth rate of 36 percent from 2005 to 2011. To meet the increasing demand, Avantair has added four Piaggio Avanti II P180 aircraft to its fleet in 2011 bringing its fleet size to 57. Also, during fiscal year 2011, Avantair sold 19 fractional shares—a 153 percent increase from 2010, and 461 flight cards—a 19 percent increase from 2010. The company also flew a record 43,305 revenue generating flight hours.

Steve Santo, CEO, attributes part of this success to the Piaggo Avanti itself. "The aircraft distinguishes Avantair from other fractional jet companies," he asserts. "The aircraft sports the industry's lowest fuel surcharge allowing us to offer the greatest program value—40 percent savings—from our competition." In addition, Santo says the aircraft's design offers a wider, taller cabin enabling passengers to travel more comfortably.

"However, it is not just our superiority that defines Avantair," Santo asserts, "our pricing combined with unparalleled service and safety, make us a leader in private jet travel."

As with many of the other private aviation companies, Avantair has partnerships and marketing relationships with several other companies. For SherpaReport readers, a couple of the notable relationships are with:

1. HomeWaters Club — Avantair owners receive exclusive "scholarships" to group and one-on-one instruction sessions by some of the legends of the fly fishing world. HomeWaters is like a destination club for fly fishing affionados.

2. Inspirato — Avantair owners receive a complimentary membership in this new breed of rental based destination clubs.

At the end of last year we reported on the increasing demand for fractional jets and jet cards, and Avantairs increases for 2011 are further confirmation that the industry is seeing some good growth.

Editorial Update: Avantair filed for Chapter 7 bankruptcy in 2013. This appears to have been driven, in part, by having set its pricing too low and also due to operational issues.