Thanks to Aerion, There’s a New Supersonic Business Jet on the Horizon

The notion of supersonic transit has appealed to man since long before the sound barrier was first broken by Chuck Yaeger in October of 1947. Since that time, it has become almost routine for military aircraft to break the speed of sound, but for more traditional travelers, supersonic cross-oceanic flight has been little more than an aspiration. That's all about to change, however, and Aerion looks to be the company that will deliver first. 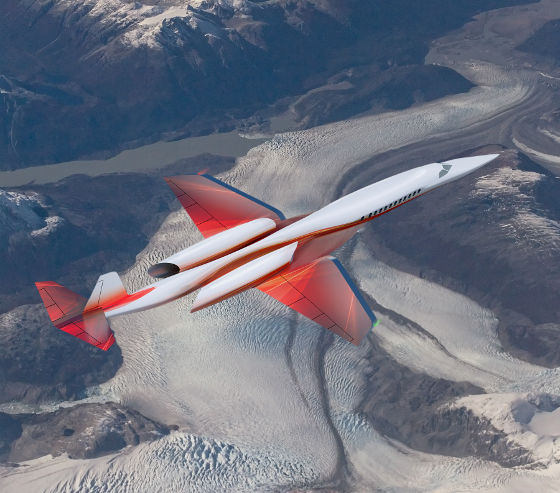 Supersonic travel has been possible thanks to aircraft like the Concorde, but with less than stellar flight records alongside problematic noise levels and poor fuel economy, the sustainability and viability of the aircraft was too low for the project to be continued. Aerion Corporation, a startup company with a viable patented design and a solid financial plan, is working hard to produce the world's very first supersonic business jet. They aren't working alone, either. The team has been quietly collaborating with NASA for more than two years to test their technology using F-15B aircraft.

The Aerion Supersonic Business Jet (shown above and interior below) has a maximum cruising speed of Mach 1.6, enabling it to complete the flight from New York to Paris in only four hours, fifteen minutes. Traditional subsonic aircraft require seven and a half hours to make the same trip. The jet will also be FAA certified up to a remarkable 51,000 feet, with a typical cruising altitude of between 45,000 and 47,000 feet. 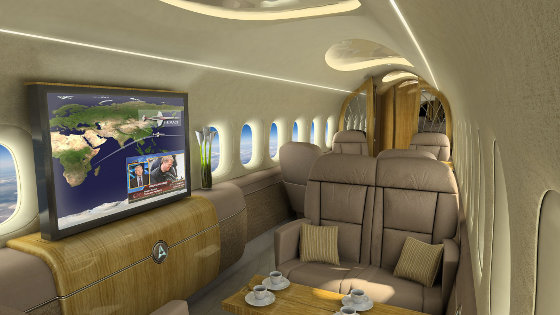 The Aerion SBJ measures 148 feet in length, with a narrow body. The cabin is designed to hold between 8 and 12 passengers. The jet is expected to make coast to coast trips across the United States in about four hours time with a cruising speed of Mach 0.99. These higher speeds are achieved through enhanced design that extends from the narrow shape of the jet's body to new carbon-fiber composite wings designed to reduce about 20% of the total drag on the plane. The jet has already undergone wind tunnel testing, as well as a number of test flights performed in conjunction with NASA.

Orders for the Aerion SBJ were stopped shortly after they were offered, due to significant interest. The company currently has some 50 letters of intent, which with a price tag of $80M per aircraft, means a total of about $4B in advance orders.  Aerion hopes a joint venture will enable manufacture, certification and first deliveries of the jet around 2020.

So it might be a while before you see any of these in any fractional or charter fleets, but we thought you'd like a glimpse of what's in the pipeline.