Why Business Leaders Use Private Aviation

There are a lot of good reasons to use private jets and private aircraft for business. The National Business Aviation Association (NBAA) recently published some comments from senior business leaders about the value of private aviation to their companies.

Flexjet attracted much attention at the recent National Business Aviation Association’s Convention and Exposition (NBAA2015) with the announcement that the private aviation company has placed a firm order for 20 Aerion Corp’s AS2 aircraft. The news makes Flexjet the first private operator to commit to buying the AS2, billed as the first supersonic business jet.

Several recent forecasts show good growth in the sales of new business jets over the next decade. Some of the forecasts have the market growing for the next five years and then turning down. Others see consistent growth over the ten year period.

Since its beginnings in 2007 as a regional air taxi in Georgia, ImagineAir has grown to offer service to some 900 airports along the entire east coast. President and CEO Ben Hamilton says that the company plans further growth in 2016 with the introduction of services in Southern California.

‘Tis the season when Jet Card companies produce special offers on their products. These can range from lower buy in hours – think 5 hour jet cards – or special bonus incentives for purchasers. Here’s a quick summary of available offers this season.

Since its launch two years ago, membership-based private aviation company Wheels Up has grown considerably. A recent round of funding is expected to make the company even stronger.

This year VistaJet completed its transition to an all large cabin and long range fleet of Bombardier Challenger and Global jets. The company has seen impressive overall growth of 17% in flights, with flights in North America increasing by 159%.

Having fast communications to the cabin, is an essential tool on board todays private aircraft. There are numerous choices for the services, technology and hardware. Options include varying degrees of bandwidth from satellite networks or air-to-ground services, coverage areas, security levels, operational features and the all-important terminals, antennas, routers and wireless access points. This article walks through the services, the providers, the equipment and considerations for choosing the best option.

The Perks That Come With NetJets Membership 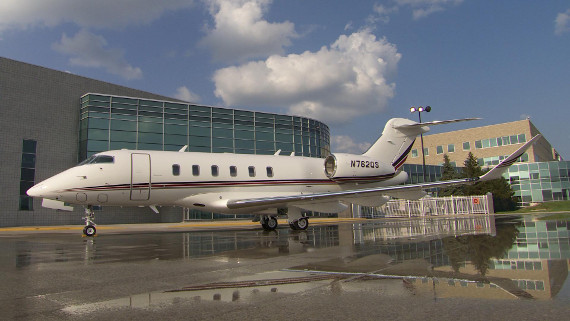 When you choose to travel on private aircraft, there are certain benefits that you expect to receive with every flight: the convenience and time saving factors of skipping long lines at commercial aircraft gates, the higher quality of service, a greater degree of travel privacy and flexibility, and of course the air of success that accompanies private jet travel. There is no doubt that these are all hugely attractive factors, no matter which aviation company you travel with.

As the largest private aviation operator, NetJets aims to go even further, offering a huge variety of lifestyle benefits that continue long after the plane has landed. In this article, we will take a look at the many perks that come with NetJets membership.