In the latest ten-year forecasts for the business jet industry, we see that the next decade is expected to bring slow but relatively steady growth. While no steep increases in demand are predicted, experts in the aviation industry are optimistic that the after-effects of the 2008 recession are now long gone.

Once again for our annual review, we have gathered information from various business insiders. This year we’ve looked at forecasts from manufacturer Honeywell, from brokers at Jetcraft, and from analysts at JETNET iQ.

Industry forecasts predict a total of between 7,722 and 8,349 new business jet deliveries in the next ten years. This amounts to a dollar value of between $221bn and $252bn. This is a slight decrease from the predicted sales in last year’s jet forecast. JETNET iQ provides the most conservative estimate of 7,722 units, while Jetcraft predicts sales at the higher end.

Honeywell repeated last year’s expectation that this year’s delivery levels will remain on a par with those from last year. Model transitions in the coming year will delay some sales, but all in all, they see this is an indication of solid mid-term and long-term growth.

All of the forecasts find that there are some political factors behind the slow, albeit steady, growth. Honeywell says that in addition to a certain amount of market uncertainty about the success of new large cabin models, the strong dollar, weakened commodity prices, and geopolitical uncertainties are all affecting the market. Meanwhile Jetcraft says that the upcoming US legislative session and possible political stalemates there are creating doubts. Across the Atlantic, the effects of Brexit and the European migrant crises are also slowing growth. 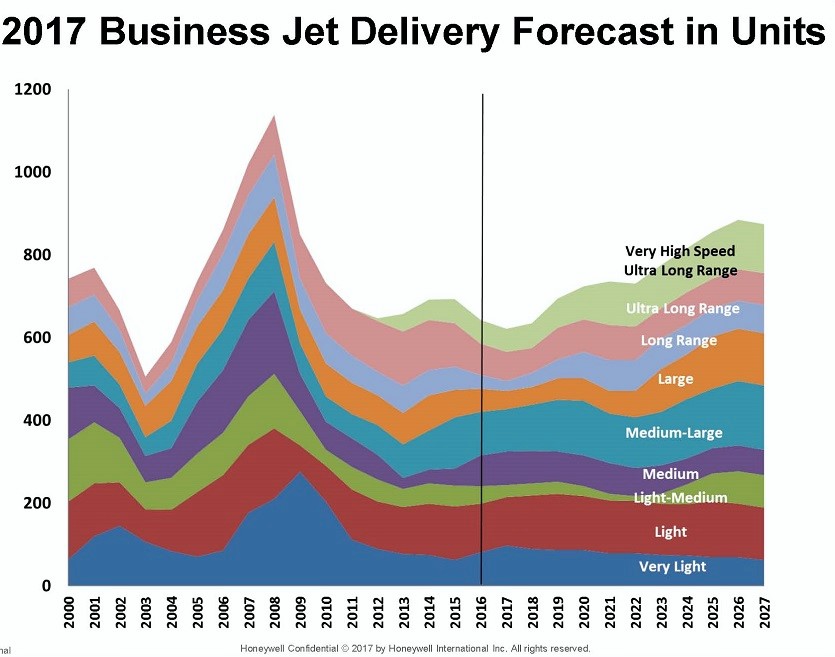 Reflecting the demand for larger, longer-range aircraft, Jetcraft’s forecast sees Bombardier reclaiming the number one spot in terms of revenue with 29.2% of the market. In terms of units sold, Cessna will remain the market leader with 27.3%. 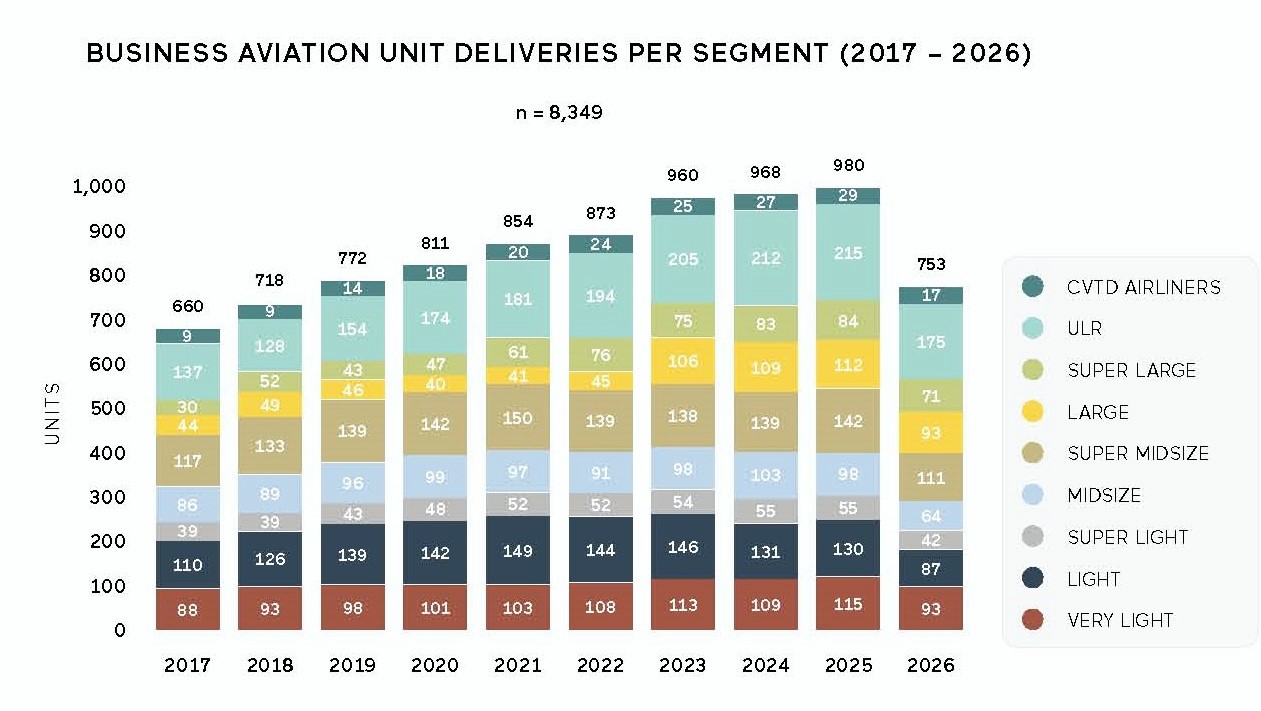 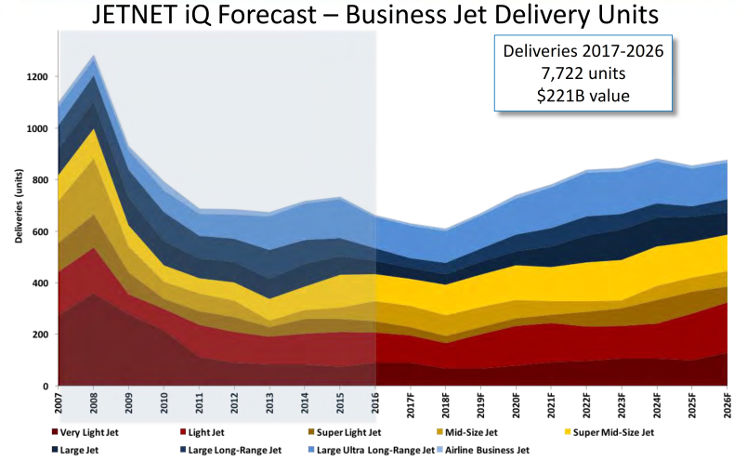 Honeywell, Jetcraft, and JETNET iQ all see a continued increase in demand for larger aircraft classes – those in the super mid-size to ultra-long range categories. Honeywell estimates that 57% of all new business jet purchases in the coming ten years will be in this category, accounting for 85% of the total sales revenue. Jetcraft’s more conservative estimate still puts at least 60% of sales revenue coming from larger jets.

North America will continue to dominate the business jet market, with Europe coming in a rather distant second. According to Honeywell, the US will hold 61% of the market, Latin America and Europe each claiming 15% and 14% respectively. JETNET iQ agrees with these forecasts for the US, also giving it 61.7% of the market. They too put Latin America and Europe in second and third places.

However, Jetcraft’s forecast differs in some respects. They predict growth in the Asia-Pacific market, with declines in Latin America, Africa, and the Middle East.

Bombardier is expected to secure the largest portion (29.2%) of the revenue market share, regaining a slight edge over last year’s forecast leader Gulfstream (27.8%). Gulfstream will maintain its lead in some categories however, namely super long and ultra long range jets.

Further details on each of the forecasts can be found at:
Honeywell
Jetcraft
JETNET iQ