The music and entertainment industries have been using private jets for many years. In the 1970’s Led Zeppelin nicknamed their plane “The Starship” and there were several stories about the parties on board. But the real reason for using these planes is that they are the most practical way to get around, especially if you’re doing a multi-city tour. They also provide a sense of continuity, safety, and sanctuary, as well as privacy - away from the curious eyes of paparazzi and fans.

From rock bands to comedians and film industry pros, entertainers are relying on large aircraft charters (referred to as part 121 charters) to transport themselves, their families and support staff, as well as cargo, both near and far. “It’s important for entertainers to have exclusive use of an aircraft, and know it will be available to them when they need it,” says Jason Middleton, CEO of Silver Air. “The amenities on board allow the entertainer to step off stage, go right to the jet, take a shower, and sleep on board.”

Because of the complicated logistics of planning a multileg, single-continent tour - two dozen dates across North America or Asia, for example - these tours are booked a minimum of six months in advance. World tours take twelve to eighteen months to plan.

David Goodman, Chief Revenue Officer of Private Flight Advisors notes, “Clients typically outline the size of their group, VIP versus coach requirements, the routing, and their budget. We then recommend a few aircraft options based on aircraft performance - are they flying over water? What range is required? What amenities do they need?”

When moving orchestras or rocks bands, the pre-planning also takes into consideration the cargo capacity needed to carry a large amount of equipment. Simon Moore, Vice President of Commercial Jets for AirPartner, notes, “Sometimes that may involve chartering a slightly larger aircraft for cargo, while the seating may only be a third or half of the requirement.”

In some cases, where there’s simply too much equipment to fit in a cargo hold, AirPartner will charter a freight aircraft to travel along with the performers. “It’s often sent out in the early morning, ahead of the band, so it arrives four to five hours before they do,” Moore says.

All of this means more crew on the ground to coordinate planeside delivery of equipment and loading and unloading. Depending on the airport and amount of freight, a ground-service coordinator or a load master may be required to manage the process.

“Make sure the company that you work with has full time staff that executes these programs,” said Greg Raiff, CEO of Private Jet Advisors “because the hard part is about executing on a 6-month global tour, and say recovering from a mechanical issue part way through the tour.” 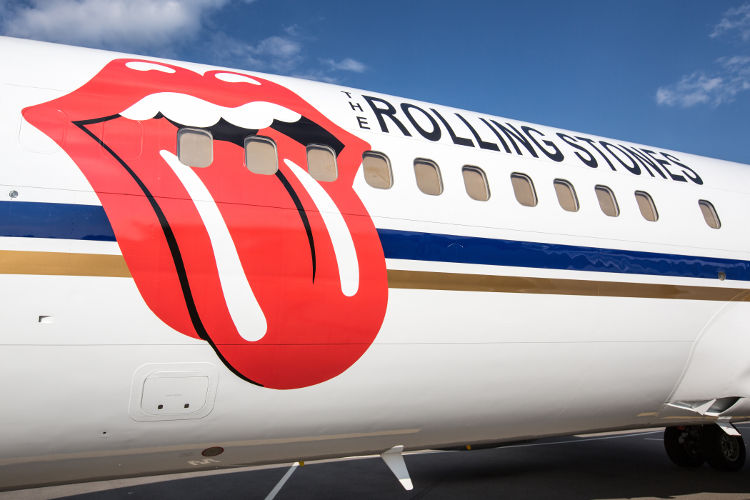 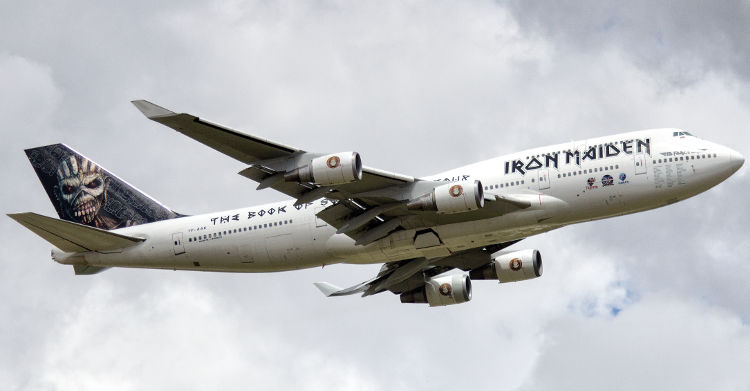 Not surprisingly, entertainers, who are constantly aware of their public image and branding, often request logo wraps or painted logos as customizations. This adds fees not only for wrapping or repainting, but also for the amount of time the plane needs to remain grounded—typically a day or two for each repainting.

Logos on pillows, headrest covers, amenity kits, and drinking glasses are also sometimes requested, to provide a feeling of ownership. “Our job is to become their aircraft for the time they’ve got it,” says Moore.

Although musicians and movie stars are often associated with extravagant tastes, by far the most common request from entertainment VIPs is a simple one: quality food and drink. This often includes special dietary requests (vegan, gluten free, kosher) or premium wine and spirits, or food from the entertainers’ favorite restaurants—and not necessarily fancy ones. As Moore recalls, one member of a prominent rock band declined the first-class catering offered on board, insisting instead on his favorite comfort food, Kentucky Fried Chicken.

This points to the entertainer’s most pressing need: comfort, in the form of customizations and amenities. Private Flight Advisors Chief Operating Officer Sara Calitri says, “Their lives are busy and hectic. The plane, for that entire tour, becomes the only thing that’s consistent for them. When they get on the plane, you can really see their shoulder drop and their faces relax. They know they could be themselves, that none of us are going to bother them for autographs.”

Moore agrees. “It’s totally unlike flying first class on a commercial aircraft, where no one talks to each other. The aircraft becomes their safe haven, where they can take their shoes off and have a beer and mix with their friends and fellow travelers.”